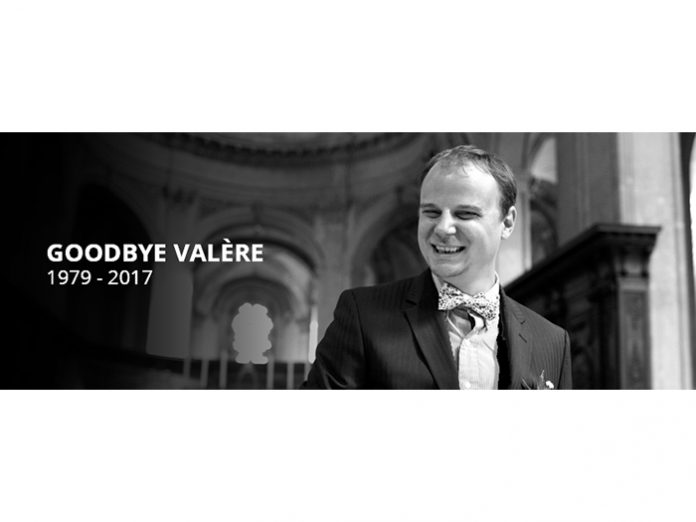 It is with a heavy heart that we report the heart of Valère stopped beating last Sunday. He was 37 years old.

Valère Huart-Gyors, our collaborator and dear colleague, was responsible for exporting Ayrton throughout the world. Since 2011, from Las Vegas to Sydney, he has spread our values with a rare commitment because Valère was an authentic fan of Ayrton.

Methodical, organised and precise, he advanced quickly and well, exercising a detailed knowledge of his market. Societies and their politics, people and their past, excited him in addition to his many interests such as history, politics, music… Valère was both brilliant and cultivated. His humour, sharp and often caustic, made us laugh. He was also a rascal, and Norman.

It was with the enthusiasm of a young graduate of higher education that he arrived in Paris at the age of 22, first as a salesman at AVLS, then as purchasing manager for La BS, before joining Ayrton to develop international sales. “It’s Ayrton’s second life,” he said humorously when he arrived in 2011, and success, which first struck in the US, spread throughout the globe.

Now, sadly, Valère will no longer get angry at how societies have broken creativity, he will no longer organise parties with his friends, death has stolen half of his life. He was infinitely kind to the whole team, whose dismay is matched only by the sadness of having lost a friend.

We are already missing him.