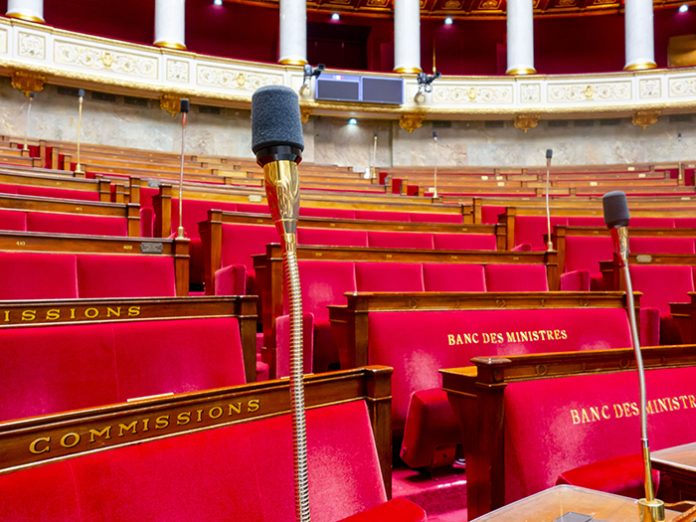 The French National Assembly has installed a comprehensive, all-fibre signal distribution and communications backbone based on Riedel Communications solutions.

The French National Assembly is at the heart of the country’s democracy, representing the people, making laws, and controlling government actions.

“Riedel’s MediorNet is a radical departure from the traditional approach to signal transport, which is built around a central router and third-party transport and processing devices. Instead, the decentralized approach of MediorNet provides massive benefits including redundancy, flexibility, and the ability to scale the system as our needs dictate,” said Christian Castelli, Audiovisual System Engineer at the French National Assembly. “For those reasons, MediorNet was the perfect choice to meet our complex media distribution and communications requirements.”

The deployment of this agile infrastructure was a core component in the complete upgrade of the audio/visual master control room at the French National Assembly, including connectivity with audio/visual terminals located everywhere in and outside the buildings. This backbone keeps evolving with the expansion of a new multi-position video control room and the connection of further satellite commission rooms.

“It’s an honour to welcome a customer as prestigious as the French National Assembly to our roster of high-profile deployments,” said Franck Berger, General Manager for France and Africa at Riedel Communications. “This installation is a tremendous use case for Riedel that highlights perfectly the benefits of our MediorNet decentralized approach. We’re proud of the key role Riedel and MediorNet are playing to handle all of the French National Assembly’s transport, routing, processing, and communications requirements, all on a single infrastructure.”