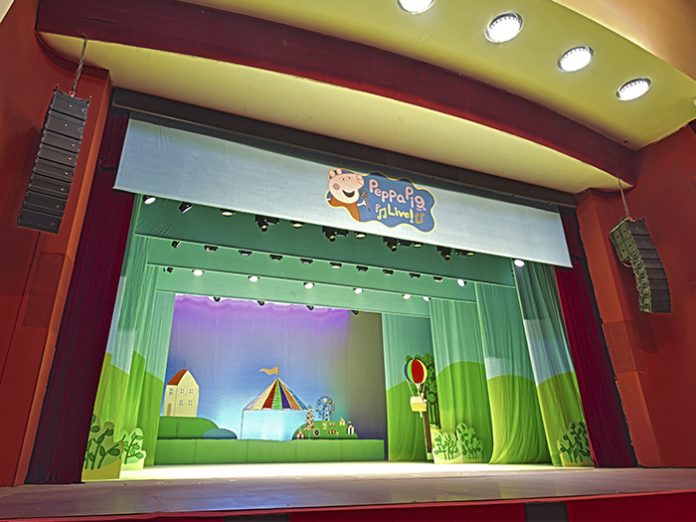 In the heart of the city of Zhengzhou, capital of the Henan province in the geographical centre of China is the Zhengzhou Art Palace, which features two theatres, with 1,338 and 186 seats respectively. The Art Palace recently underwent a major renovation to convert the venue into a versatile, multipurpose theatre with a stage lift, a project that included a revamp of the Art Palace’s audio system.

DAS Audio China was contracted to set up an audio system for the Zhengzhou Art Palace that was powerful yet adaptable enough to meet the venue’s unique sound needs, which range from ballets and dance performances to opera and symphonies by first-class national and international groups.

A total of two clusters of six AERO-20A line arrays were installed as the main PA using the integrated DASaim optimization tool, combined with two LX-118A subwoofers, which were flown in a left/right configuration on either side of the stage for uniform coverage, with the entire system monitored and controlled by the DASnet audio management system. Four ARTEC-526 loudspeakers were installed as front fill for down-in-the-front spectators, while an additional four VANTEC-12A were brought in as stage monitors.

Once again, DAS Audio has firmly positioned itself as a committed and first level provider of professional sound solutions, delivering systems conceived especially for the task.

Headquartered in Valencia, Spain, DAS Audio is one of the world’s leading manufacturers of loudspeaker systems, power amplification, signal processing, and related components.