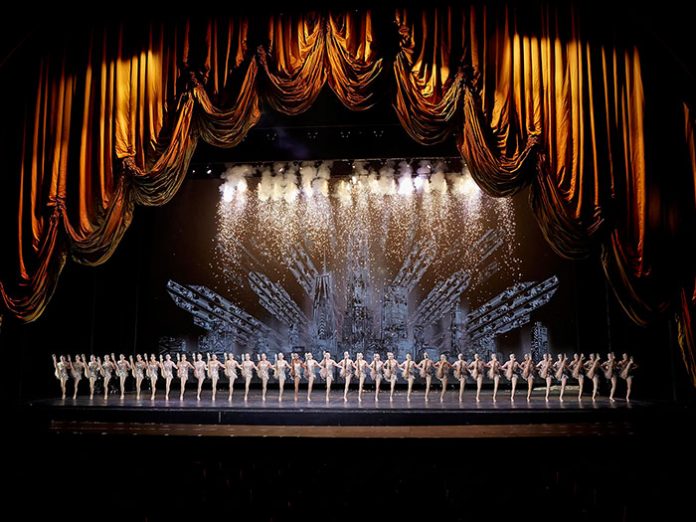 Larry Sedwick is Senior Vice President of Production for the Madison Square Garden Company, which operates the iconic venue. Larry also commented about the upgrade: “As the leading company in live entertainment, we are focused on delivering a theatrical experience at Radio City that is fresh, contemporary and unparalleled. It’s important to create a one-of-a-kind experience for our audiences no matter where they are seated in this 6,000-seat venue – the largest indoor theater in the world. Our latest sound system upgrades allow us to bring our productions to a whole new level and make our audiences feel even closer to the show.”

The newly purchased Meyer Sound system, with main arrays of LYON loudspeakers concealed behind scrim in a false proscenium, is based on a nearly identical main system based on LYON arrays that was crafted by SCK Sound Design and first deployed for the 2014 Christmas Spectacular.

Andrew Keister, business partner with Steve Canyon Kennedy in SCK Sound Design also commented: “The main PA had to go in a very specific location and be hidden from view. The spectaculars do projection mapping all over the front ceiling and false proscenium, which precludes use of large, flown arrays that would cast shadows. The LYONs, with their extraordinary power-to-size ratio, were a perfect fit and significantly out-performed the previous solution.”

The main system used for the New York Spectacular – again with sound design by SCK – comprised left and right arrays of 16 each LYON line array loudspeakers and a centre downfill array of eight LEOPARD line array loudspeakers. Ample bass support was supplied by 30 900-LFC low frequency control elements, deployed as 18 in a cardioid pattern on the side proscenium, six in a center cardioid and six on a rear truss. Eight additional 900-LFC elements were purchased for use with anticipated rock-style concerts.

The Radio City Rockettes shows are mixed on a pair of DiGiCo SD7 digital consoles, with staff engineers Patrick Healey and Michael Jenkins handling the live orchestra, vocal, playback and supplementary sounds – including 80 channels of wireless dedicated to the special microphones built into the 80 Rockettes tap shoes.