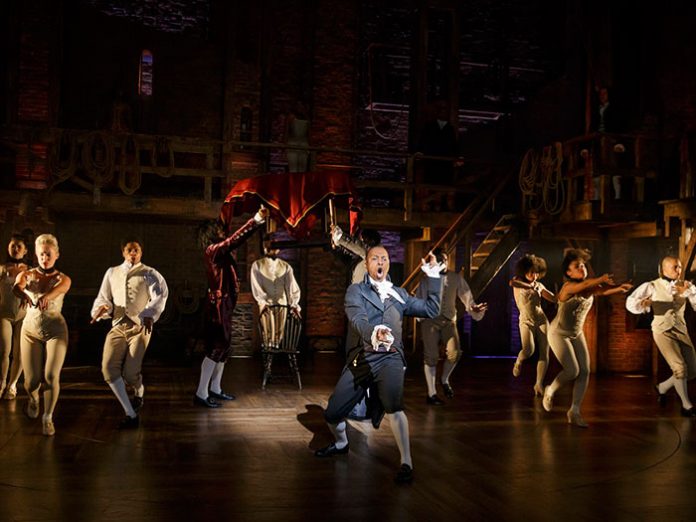 When the smash hit musical Hamilton made its highly anticipated Broadway debut at the Richard Rodgers Theatre last year, Sound Designer Nevin Steinberg knew he was part of something special. Today, as Hamilton gets ready to celebrate its one-year anniversary on Broadway, Steinberg continues to rely on a selection of predominantly DPA microphones to bring the sold-out audiences to their feet each night.

This year Hamilton is celebrating its one-year Broadway anniversary, and Nevin has been a part of the show since the beginning and commented the following: “I was invited to begin working with the creative team when the show was still doing readings and workshops in 2014, and through its critically acclaimed sold-out run at the public theatre.

“The show is not new to me even though it’s relatively new to Broadway. Lin-Manuel and many members of the creative team were people I worked with on In The Heights about eight years ago, so it’s been wonderful to be able to collaborate with all of these incredibly talented individuals again.”

Steinberg is a long-time user of DPA Microphones and was introduced to them by his former business associates when he was with Acme Sound Partners.

Nevin added that Tom Clark had a very good relationship with DPA and he was the first one to introduce the DPA’s d:screet 4061’s.

Since then, Nevin’s been a fan and tries to use them whenever he can – DPA microphones are predictable, reliable and musical.

Nevin concluded with how he personally utilises the system: “With the d:dicate 4011s there’s not a lot of coloration to the original sound. I use them for spot mics, area miking over drums, guitar and just about anything else, because they seem to take to whatever instrument is in front of them in a very linear fashion. That’s one of my favourite things about the d:dicate 4011. The d:vote  is just a great problem solver for close miking instruments that traditionally in a studio situation wouldn’t get a close mic, but because of the isolation requirements in an orchestra pit, we need to get very tight on some of these players.

“Frankly, one of the best things about these mics, besides the fact that they sound great, is that the musicians accept them very easily. They don’t mind attaching them to their instrument, the hardware is familiar and easy to use, and it’s a comfortable mount for string players. They seem to forget they’re there.”