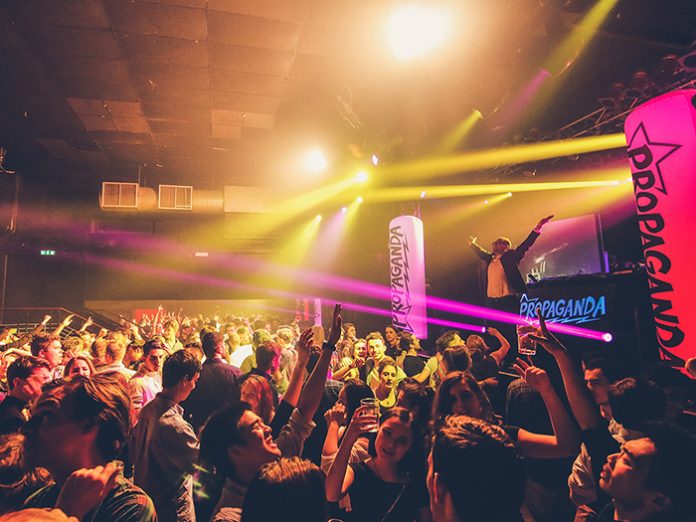 The MJR Group, UK-based event promoter and venue operator, is pleased to announce that leading club night brand, Propaganda, is being integrated into the group with immediate effect.

The addition reinforces The MJR Group’s position as a multi-faceted entertainment provider, having recently announced the acquisition of the theatrical production company Imagine This, along with producing Marvel’s Avengers S.T.A.T.I.O.N in London and now on to Cardiff.

Richard Buck, founder and C.E.O. of The MJR Group stated: “I am delighted to bring Propaganda on board having worked in close partnership for several years. Propaganda is highly regarded for its club night offerings and leads the way in its digital engagement with club-goers. Our common values and vision were recognised from day one, and it was only a matter of time before we made the commitment to join forces.”

Propaganda is the UK’s biggest weekly club night, with fifteen weekly events across the country. Propaganda has also promoted events in America, Australia, Brazil and Ibiza. Every week around 15,000 people attend Propaganda across the globe.

As part of the move, Dan Ickowitz-Seidler, founder of Propaganda, becomes Chief Operating Officer for The MJR Group, tasked with driving forward MJR’s venue portfolio as well as expanding the Propaganda brand. Dan commented:  “I am thrilled for Propaganda to be joining The MJR Group. Having worked alongside the company with our jointly owned venues for several years, I am really looking forward to becoming the MJR Group’s C.O.O. and working closer with Richard to help continue the Group’s fantastic growth trajectory. There are also some great opportunities to continue growing Propaganda in the UK and abroad to continue as one of the most recognised indie music brands.”