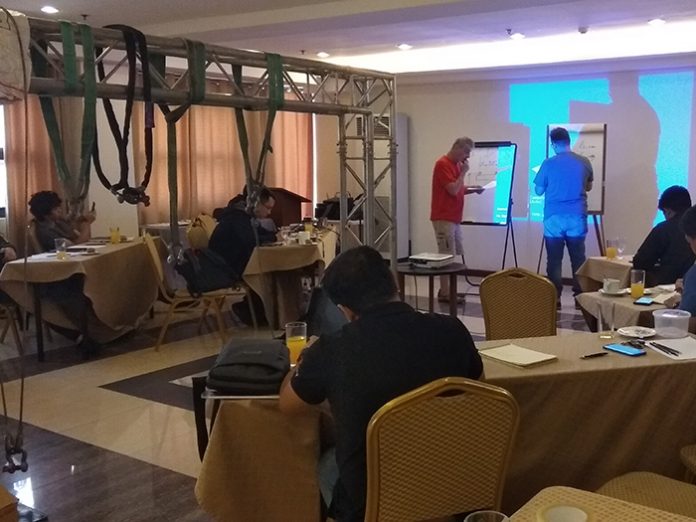 Prolyte Asia Pacific is well known for hosting the quarterly rigging and training campus at their training facility in Petaling Jaya, Malaysia. Since the first campus back in September 2007, over 300 attendees were trained by instructor Harold Waldack. And in the nine years following it, the vast majority of participants took the final examination and were honoured with the highly respected rigging certificate, issued when the theoretical and practical aspects of the training are successfully passed.

Beyond the Blue, Quezon City based distributor of Prolyte Structures, Systems and StageDex for the Philippines, took the initiative to organise and host this five day Campus in the Philippines. Based on their own experience from participating in the Campus some years earlier in Malaysia, the management of BTB suggested to organise the same campus in their own country, providing the opportunity to train and teach more people about safe rigging practices without the need for travel and accommodation for locals.

The equipment Prolyte ST ground support with S52SV truss series, Prolyft chain hoists and PPE was supplied by Forsk Ink, one of the leading rental companies in the Philippines. Not only was this the first time for the Asian rigging campus to be held elsewhere, but it was also the first time the practical section of the training (ground support building, repelling, bridle installation etc.) took place indoors, as Forsk Ink‘s massive TV rehearsal studio was available to use for the Campus.

According to Alex Tan, managing director of Beyond the Blue, the Campus was a big hit and Beyond the Blue has announced their second Campus in early 2019.