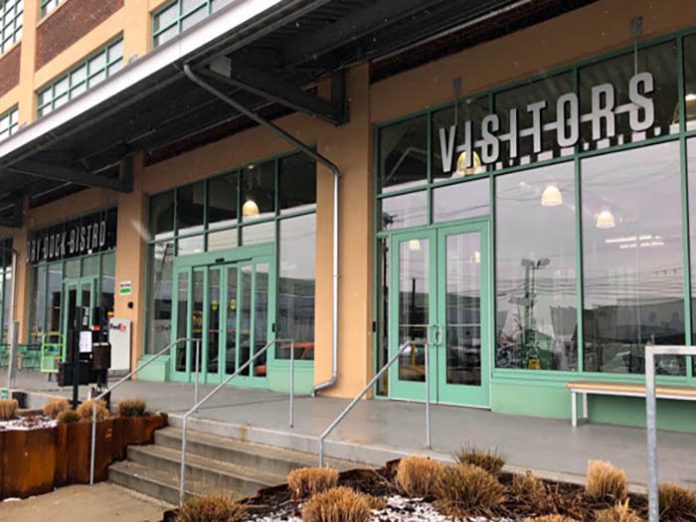 The new east coast North American headquarters location is also logistically advantageous to the Powersoft executive team, which is served by frequent direct flights from Italy into Newark Liberty International Airport. The reduced time difference enables more direct communication among the executive team at Powersoft to better support the business.

The decision to locate its North American headquarters in the New York Metro area comes as the premium amplifier manufacturer achieves another year of double-digit, year-over-year growth. The new headquarters, which also features product demo rooms, collaborative spaces and a full restaurant with striking views of New York City, coincides with several new employee appointments to various roles, which will be announced in the near future.  ”Our new regional headquarters location in New York is a testament to the tremendous growth potential we see in the North American region,” commented Luca Giorgi, General Manager, North America, Powersoft. “As we continue to achieve double digit growth and raise our brand profile internationally, we are looking to increase our presence in the U.S. and Canada — in both footprint and scale. This will be achieved by streamlining our operations, increasing our sales presence and becoming more successful in the small-to-medium sized installation market.”

Luca, who comes from Powersoft’s international headquarters location in Florence, Italy, will serve as General Manager of the North American operations. One of his most important tasks — in addition to streamlining operational aspects — will be to impart Powersoft’s Italian culture into the new headquarters: “In Italy, we work as a team to solve our customers’ problems — no matter what our individual roles may be and no matter what the customer concern may be,” Giorgi explained. “This is the ultimate degree of accountability, and when combined with our superior products and support, will help differentiate us in the U.S. market. Our customers need to know that we are different — and that we will always run the extra mile for them no matter what the circumstance.”
From a customer perspective, the Powersoft’s new North American headquarters will result in several new advantages for customers here including increased stocking and inventory, reduced ship times, greater accommodation of expedited customer orders, increased regional support and of course greater contact and engagement with regional sales representatives.

In addition to bringing value to customers in the areas expressed above, Giorgi is confident that the North American market — particularly the small-to-medium sized business segment — will be keen on adopting the Powersoft’s value proposition to an even greater degree: “On paper, everyone says they have a reliable product — but in reality, it’s different,” he says. “Now that Powersoft is proven in the North American market as a reliable and flexible long-term alternative, we will become even stronger in restaurants, retail, hospitality and corporate environments as a quality investment.”