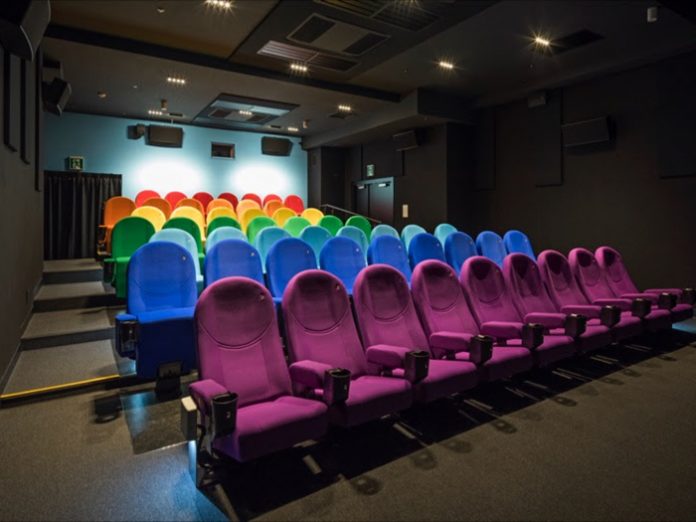 UPLINK’s Tokyo cinemas can be described as mini theatres, including the city’s smallest such venue, which is located in the city’s Shibuya district. The company has embarked on a quest to offer cinema goers the best indie and foreign films in a country where Japanese blockbusters are becoming increasingly popular at the expense of both Hollywood movies and foreign arthouse titles.

Over the last decade, the number of mini theatres has declined as multiplexes have flourished, but UPLINK and its president, Takashi Asai, have remained true to their belief that the future is bright for arthouse mini theatres in Tokyo. The way to ensure this, in their opinion, is to offer a pristine audiovisual experience to their customers.

As a result, UPLINK has chosen Powersoft amplifier platforms to drive the bespoke audio systems in its venues in the Kichijo-ji area, one of the city’s most fashionable districts. The audio setup in each of the venue’s five screens is driven by Powersoft Ottocanali amplifier platforms, which power Taguchi Acoustic Lab speaker systems.

Prior to the deployment, and in order to get familiar with the world of power amplification, Takashi decided to educate himself in order to make the best possible choice for his cinemas and their customers.

“The visual side of cinema is constantly evolving,” said Takashi, “But, quite surprisingly, the audio side seems to have stagnated a little in the last few decades. Obviously, SPL in cinemas has increased and dedicated subwoofers have become commonplace, but I have felt for a while that we, as cinema proprietors, could be doing more.”

Takashi started conversations with an old friend – Kazunori Taguchi, director of Taguchi Acoustic Lab – to understand how to take UPLINK’s audio systems to the next level.

He said: “In film, it is extremely important not only to reproduce music, but also the sounds of small birds, water, waves and airplanes flying far away. These environmental sounds have a great effect on the overall cinema-going experience. With our flat units, it is possible to reproduce even the most delicate of sounds thanks to the detail we can achieve in the sound wave.”

It didn’t take long for Takashi to decide that the flat-panel Taguchi speakers were the ideal fit for the UPLINK cinemas, so he was then able to begin shooting out the amplifiers that would be used to power them.

“We tried a number of different manufacturers, but when we used the Powersoft amplifiers, the sound output was overwhelmingly fabulous,” said Takashi. “When combined with Taguchi’s speakers, the speed and fine resolution of the sound almost brought tears to my eyes. I felt like we had found the Formula 1 of cinema audio systems.”

Kazunori shared Takashi’s sentiments, and added: “Aside from Powersoft’s impressive track record, the space-saving factor is remarkable and it’s an excellent fit for such an application. I truly believe that it is the world’s most advanced amplifier.”

Masao Hirata, president of CAEL WORKS, was on site to coordinate the installation. He said: “When UPLINK informed us they wanted to use Powersoft, it was decided that all of the theatres should be driven by 8 channels, due to the fact they distribute the audio in 7.1 surround sound. Powersoft has a rich lineup for installation, and this time the 8-channel Ottocanali was identified as the ideal candidate. Among the Ottocanali, the best choice was made for each theatre size, with the 12K4 being chosen for the bigger screens and 8K4 for the smaller ones. The small 2U design, in particular, was very attractive in terms of the rack space available.”

Masao was also full of praise for the efficiency of the Ottocanali’s GPI/O function in reference to the cinema’s emergency cut relay system, as well as the precision made available by Powersoft’s ArmoníaPlus software, which was used to tune the system for each screen during the installation.

He said: “In an ordinary digital cinema, the signal processed by the cinema processor is sent to the power amplifier as simply as possible. For UPLINK, even though it was possible to meet EQ, limiter, gain, and signal distribution thresholds, it was difficult to respond to more detailed requirements. By adopting Powersoft, it was possible to drive signal processing in a more detailed way, and key to this was to the use of ArmoníaPlus.”

Takashi concluded: “From everything I learned during my research, I believe that the combination of Powersoft and Taguchi speakers was the best choice for the new venues. We’ve already received a number of positive comments from audience in reference to the quality of the sound. We truly couldn’t be happier with the results.”