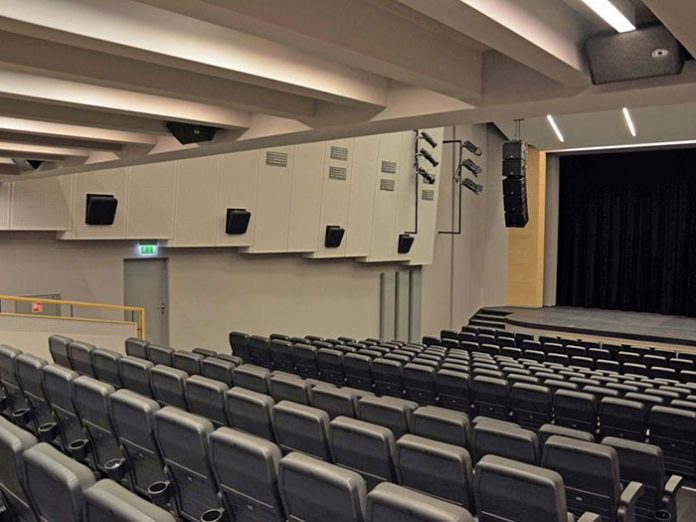 The City Cultural Centre in Plonsk, Poland, has updated its sound reinforcement system with Dynacord equipment. BGR BAU installed a Dynacord Cobra-4 compact line-array loudspeaker system with VariLine fills, LX and DSA power amplifiers and a P64 controller to ensure crystal-clear sound in the new multi-purpose auditorium. Additional Dynacord products were specified for other spaces in the centre.

The City Cultural Centre’s sound reinforcement is divided into five independent sound distribution zones. The largest of these is a 300-seat auditorium, which is also utilised as a cinema. “Multifunctional rooms create numerous challenges,” said Krzysztof Goslinski, Construction Manager at BGR. “They require a combination of high intelligibility, homogenous sound and powerful coverage.” Additionally, the customer wanted to integrate the old into the new sound reinforcement system and planned to use the auditorium’s system in different locations. “The biggest challenge was to create an easy-to-use system that would sound great, regardless of the application,” added Kryzysztof.

All loudspeakers and monitors inside the auditorium are powered by a combination of Dynacord LX and DSA series amplifiers with remote control modules. For signal control, the centre relies on two Dynacord DSP 600 digital sound system processors, a P 64 digital audio matrix manager and IRIS-Net software. “With the IRIS-Net software it was possible to connect all devices in one intuitive system and supervise and control the system from a single, customised graphic user interface,” explained Piotr.