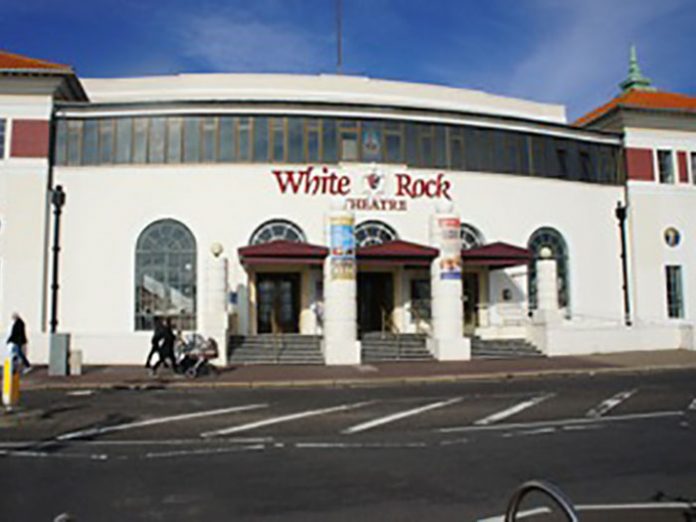 An LED lighting installation specified and undertaken by Penn Elcom has saved the White Rock Theatre, Hastings, approximately 75 per cent on electricity requirements, plus a further 70 per cent on maintenance costs per year compared to the previous lighting scheme.

The seafront located theatre, a historically significant cultural landmark in the East Sussex region with origins dating back to 1927, is a busy receiving house owned by Hastings Borough Council with the day to day running and management undertaken by HQ Theatres & Hospitality, offering a diverse programme of touring shows embracing many performance genres, including opera, ballet, musicals, comedy and children’s shows. The main auditorium capacity is 1066 (referring to the Battle of Hastings!).

An building wide upgrade to LED lighting has been taking place over the last 18 months explained Adam Harkin, the venue’s Technical & Building Manager, which has seen replacement of tungsten, fluorescent and discharge source house lighting in the main auditorium, in the Sussex Studio, all the foyers and bars, together with most of the backstage areas.

This started with Penn’s specialist lighting team of Razvan Vasiliu and Nigel Howes who conducted a survey to establish how much money could potentially be saved by installing and running LED lighting.

The majority of the 120 old lighting fixtures in the Auditorium and Main Foyer were 40w ES fittings – PAR 38s and ‘Candle’ bulbs – and the space is in use most of the week both daytimes and evenings. These have now all been replaced by Integral LED Classic A 6.6w dimmable LED sources with a CRI of 80 and a colour temperature of 2700K, giving a good uniform coverage across the space and ideal for illuminating audience faces nicely when the house lights are on.

The Sussex Studio – also in use for most of the week – was previously lit with a mix of fifty four fluorescent tubes and 40w GLS style lamps. The incandescent lamps have now been replaced with more 6.6w energy saving dimmable LED GLS style bulbs.

The backstage areas include 8 dressing rooms which were lit with a combination of metal halide lowbays, round fix 2D lamps and fluorescent tubes, most of which have now been re-fitted with energy and maintenance saving options utilising a selection of LED panels, 50W LED lowbays, and round LED bulkheads.

The overhead fluorescents in the offices are being replaced with bright LED panels and the toilet lighting is being upgraded with different length LED tubes and strips.

The majority of the new light sources are retro-fitted into existing housings which has been cost-efficient in terms of wiring infrastructure and also saved time in the installation process, which has been completed in phases.

Known for their robustness, reliability and longevity, the various LED products have 3 – 5 year warranties and are all from premium brands including Osram, Comus LED and Integral LED, so the Theatre can look forward to the comprehensive and long term support offered by Penn Elcom which holds stock of all the fixtures used, so if any replacements are needed, it will be done swiftly.

Adam comments, “All the areas which have been re-fitted are a lot brighter than before, and apart from the cost savings in electricity consumption and maintenance … they are providing a much better working environment for staff.”

The LED replacement project at White Rock Theatre is still an ongoing process, and dealing with the team at Penn Elcom is “excellent” says Adam. “Penn’s Nigel Howes and Razvan Vasiliu know the products very well, are helpful and knowledgeable and can offer a lot of constructive advice”.