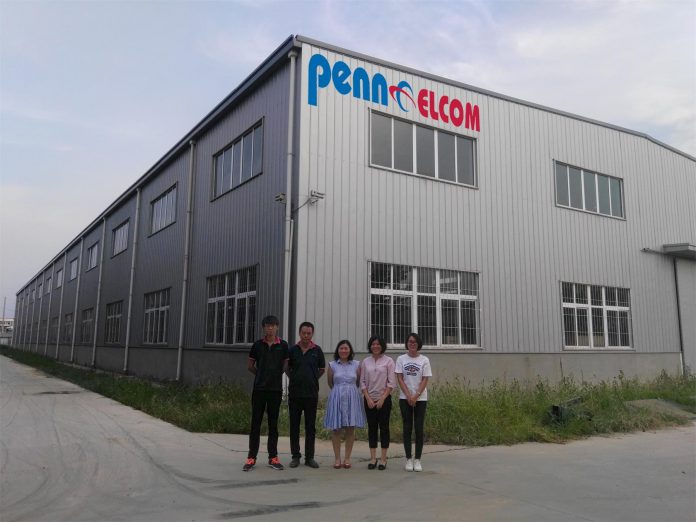 Multinational flight case hardware and 19 inch racking manufacturer Penn Elcom announces
the launch of a new 2000 square metre distribution centre close to Beijing, China, which will run in conjunction with its busy manufacturing operation in Guangdong.
Holding a large amount of stock for immediate dispatch in a major commercial hub like
Beijing will further boost the speed and delivery of products across mainland China and to
Penn’s Asia-wide operation.

The new facility will be headed by Huang Xue Lin (Linda Hwang), a multi-skilled manager
and customer relations specialist who has worked for Penn Elcom for the last 15 years, most recently, running the company’s Malaysian facility.

Linda attends all the primary trade fairs and expos in the region, handles key client accounts and is very much a public face of Penn Elcom in Asia. Initially working with a team of six, from the new Beijing facility, Linda will help maintain the super-fast and efficient delivery for which Penn is renowned.

“Around 50% – and rising – of Penn’s overall Asian business is currently due to activity in China itself, and this move helps stay ahead of an ever-growing demand.
Keeping ahead of the trends, Penn has already been manufacturing flightcase elements in
China for several years, resulting in becoming well-established in Asian markets and a go-to reference brand for reliable and innovative premium flight case hardware.
More recently, sales of Penn’s 19 inch racking product have started to rise. The first full UK- manufactured range of these has been launched in China, and has been extremely well received.

“We needed to invest to fuel further growth” explained Roger, “and to capitalise on those
flightcase users in all sectors who are requesting that their case makers – our clients – utilise Penn hardware by default”.

While China is a principal market with massive growth potential and a “super exciting place to be” enthuses Roger, all markets are important to Penn Elcom, including Europe, North and South America and India.

These are also all essential manufacturing bases for Penn’s global operation which enjoys
annual sales of around $77 million.

The dynamics of the manufacturing across four different continents incorporating different
business cultures and styles has enabled all Penn’s facilities to learn, benefit and become empowered though sharing collective knowledge and working practices.

The brand aims to implement exactly the same procedures everywhere where possible, and
apply a recognised Penn Elcom standard of excellence worldwide at all levels – from human
capital to equipment collateral and – naturally – output and end results.
The latest Penn Elcom news from China follows major investments in the two UK
manufacturing bases and a brand new facility which is coming online in India.