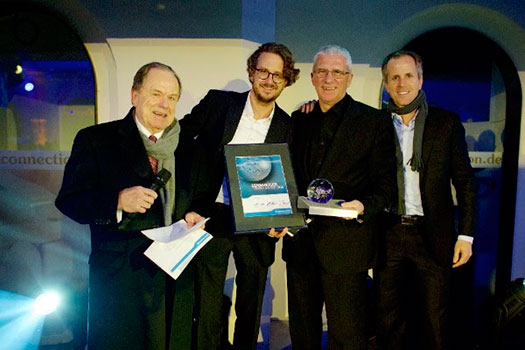 Sennheiser electronic & Co. have announced the retirement of Paul Whiting, President of Strategic Collaborations. A much higher profile in the professional audio, consumer and integrated systems industries than it did.

A familiar face in the audio industry, Paul leaves Sennheiser enjoying a much higher profile in the professional audio industry than it did when he joined the company more than 25 years ago.

Paul began his career with Sennheiser in 1990, after 15 years with former UK partner Hayden Laboratories, which saw him establish a Sennheiser pro-audio network in the UK and head the company’s professional division as Sales and Marketing Manager.

On joining Sennheiser he helped establish Sennheiser UK as a wholly owned subsidiary and, as Managing Director, oversaw the company’s continued UK expansion. His exceptional technical and organisational skills saw him being promoted to Vice-President North West Europe. In 2007, he became President of Global Sales, also joining the Sennheiser Executive Management Board and helping to almost double the company’s turnover between 2006 and today.

Last year, Paul became President of Strategic Collaborations, where he continued to develop Sennheiser’s global reputation by focusing on co-operation with artists and engineers, other businesses, industry partners and organisations, which is a vital part of company’s future vision.

“Paul has contributed significantly to the success of Sennheiser, being an integral part of numerous successful company projects. His dedication to customer service, great ability to network, continuous loyalty to the brand and technical hands-on solutions brought him an outstanding reputation within Sennheiser and throughout the audio industry,” concluded CEO Daniel Sennheiser. “I am very grateful to him for his passion and many achievements throughout his years with Sennheiser. We all wish him and his family the very best for the future.”