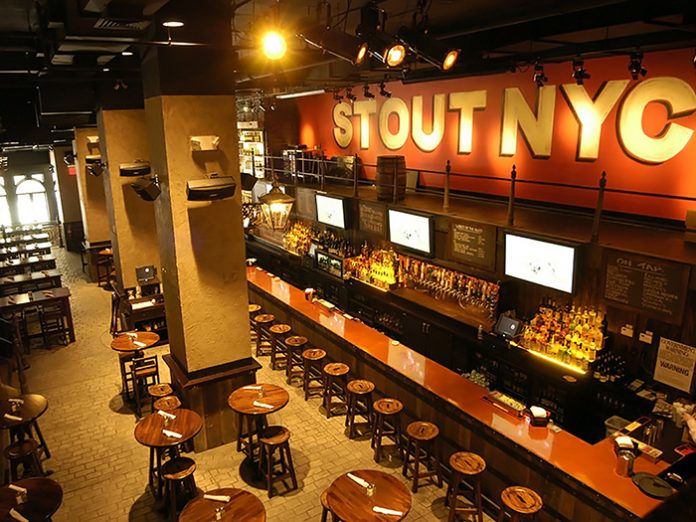 Located near Madison Square Garden and Penn Station, Stout has been a post-game and post-work staple for Midtown New Yorkers for over a decade. Patrons spread out across three floors (Stout is arguably the largest Irish pub in the United States’ largest city!) and dip deep into an extensive beer and gastro menu. Recently, NYC’s Starview Satellite replaced Stout’s rack of tired, failing amplifiers with fresh, powerful, energy-efficient Ashly nX-Series multi-channel amplifiers.

“In terms of power density, nothing can beat Ashly’s well-engineered amplifiers,” said Rich Trombitas, Regional Sales & Product Manager with audiovisual manufacturers rep firm Cardone, Solomon & Associates (CS&A). Trombitas recommended the Ashly amplifiers and assisted Starview Satellite with the design and logistics. He continued: “Moreover, Ashly’s nX-series multi-mode amplifiers are especially flexible in terms of output loads – they can run 70V and low-impedance loudspeakers from the same unit, as they do at Stout – and they’re incredibly efficient and energy-saving. The old amps at Stout were on pretty much 24/7, grinding away at full idle current, even when the place was closed. In contrast, the Ashly nX-Series amplifiers have an energy-efficient ‘sleep mode’ that they fall into when no input is detected.”