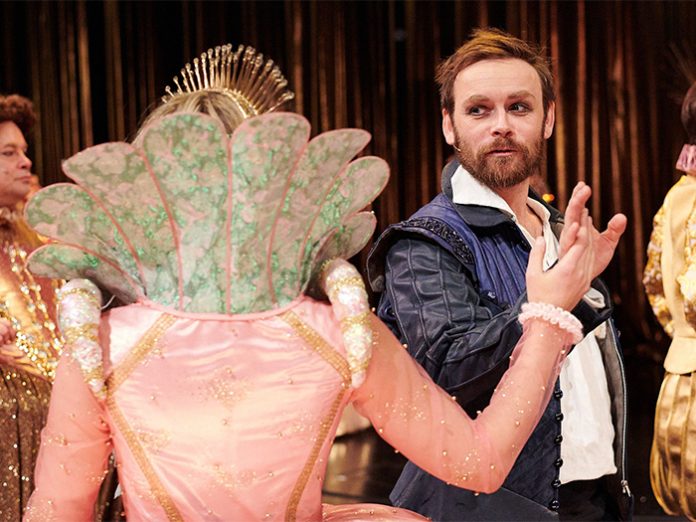 Norway’s National Theatre has made a major investment in DPA’s 6000 Series of Subminiature Microphones because the sound team was so impressed with the tiny size of the capsules and their ability to withstand water, particularly in the form of sweat.

Kai Priddy, who for the last 14 years has been the Theatre’s Head of Sound, said: “We started using the 6000 Series in 2019 and now have around 30 — mostly lavalier mics (6060 and 6061), but also some 6066 Headsets. We started gradually phasing out our stock of DPA 4000 Series lavalier and headset microphones, which we have been using for many years, and replacing them with the new subminiatures. The fact that the 6000 headsets are physically smaller is preferable visually, plus their resistance to water does prevent sweat droplets from getting onto the membrane. As most sound techs know, this can be very annoying and potentially ruin a performance.”

Located in Oslo, Norway’s National Theatre dates to 1899 and has three stages of varying sizes, with the main stage seating approximately 750 people. It also has a satellite location, the Torshov Theatre, which adds a fourth stage.

“We are a well-established stage and well known as one of our country’s most important theatre venues,” Kai said. “We have welcomed an average of 250,000 visitors each year, spread out over 30-50 productions, and about 1,000 performances in total every year. Our productions cover all genres, including classical theatre and musicals, as well as experimental/modern theatre, award ceremonies and concerts for live TV.”

The decision to try DPA’s new 6000 Series microphones was taken when the theatre realized it didn’t have enough 4000 Series microphones to cover three large productions that were all taking place at the same time. “We needed more mics, so we tried out the 6000 Series and found them to be an improvement over the 4000 Series,” Kai said. “Our FOH sound engineers think they sound even better, with a cleaner high end, and our A2s (wireless technicians) are also happy with them.”

The theatre’s first production to use the 6000 Series was Shakespeare in Love, which opened at the end of 2019. A total of 18 actors were fitted with 6061 lavalier microphones, while the lead male actor was given a 6066 headset because, for various costume reasons, this was easier to secure.

“We also used 6060 lavaliers (two for redundancy) on our Stage 2 production Havboka (The Ocean Book), which is a single-actor monologue piece,” Kai added. “We tried 4060 mics for rehearsals but switched to 6060s because they were better at coping with water droplet issues and were perfect for this situation. We were very happy with their performance.”

Kai added that most future productions at Norway’s National Theatre will use DPA’s 6000 Series Subminiature Microphones because they are a mainstay of the sound department.