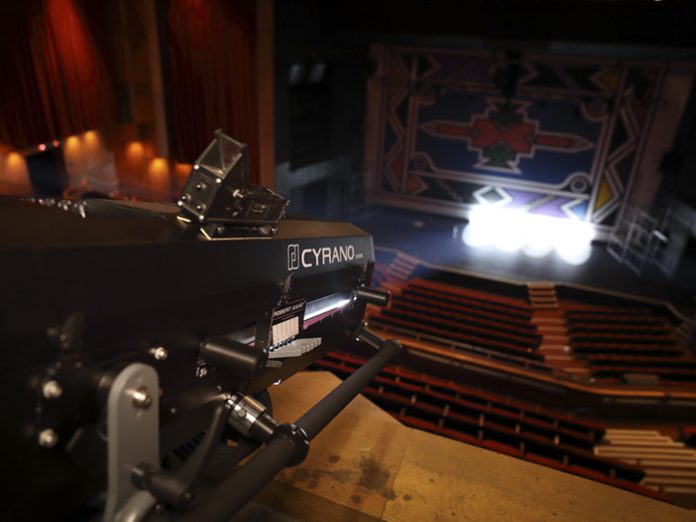 Joburg Theatre’s longstanding technical crew, headed by Enos Ramoroko, were jubilant to receive new equipment to complement their very busy and well looked-after theatre situated on Braamfontein hill. DWR Distribution delivered twenty Vari-Lite VL2600 Spots and four Robert Juliat Cyrano follow-spots to be used in the Mandela Theatre, while the audio in the Lesedi Theatre has been upgraded to an L-Acoustics ARCS Wide and Focus (WiFo) system.

“The Vari-Lite VL 2600 Spots met our needs for an LED spot,” said Enos Ramoroko, Head of Technical at Joburg Theatre. “The full blade shutters will be very useful for theatre applications.” The VL2600 Spot offers a broad choice of saturated colours while maintaining the familiar Vari-Lite colour palette from the CMY colour system with variable CTO adjustments. Effects features include iris, two rotating gobo wheels and one fixed, plus additional colour wheel, prism and variable frost.

The crew are planning to use the new fixtures on productions like Sarafina, and this year’s annual pantomime, Jack and the Beanstalk.

“The Mandela Theatre’s follow-spots, which have probably stood the test of time for around thirty years, have been replaced by four Robert Juliat Cyranos,” said Kevin Stannett from DWR. The narrow beam angle of the Cyrano makes it perfect for really long throw distances found in larger theatres while its glass progressive frost filter and dark blue dichroic filter give a range of subtle design possibilities. Its unique dimmer shutter gives Cyrano a superb dimming ability.

“We are very happy for Enos and his team, who have always been amazing to work with, “ said Kevin. “I think Johan Tshiwo who handles all maintenance at the theatre, will be pleased to have fewer repairs on his hands.”

Last, but certainly causing the greatest commotion, was the L-Acoustics upgrade in the Lesedi Theatre. Formerly known as The Fringe, the venue caters for 251 patrons and is ideal for smaller type shows such as comedy and children productions, but not forgetting music and smaller music items. “The Lesedi is a small and intimate theatre and the new audio system offers smooth and even coverage from the front to the back of the theatre,” said Chris Pugh from DWR who headed the installation. “We flew one Focus and one Wide per side, over one SB18 sub per side. With no rigging points, our in-house manufacturing department made rigging brackets which were drilled into the concrete ceiling.” The main obstacle was having access to the venue, as the Lesedi is wonderfully busy. The new sound system has transformed the audio in the venue, which really will complement the performance on stage.

In-house audio engineer, Akhona Bozo, is over the moon and has used the new sound for productions Bobs Live – A Game Show Double Bill, (WO)Man, a contemporary dance work, Itsoseng and FEDA, which is the one-act play school festival. Rumour has it when Akhona is not using the system for shows, he is insisting that fellow colleagues come in for a demo to hear the beautiful sound, which he believes, is the best the venue has ever had.

“I’d like to end by thanking the DWR family for your support,” said Enos.