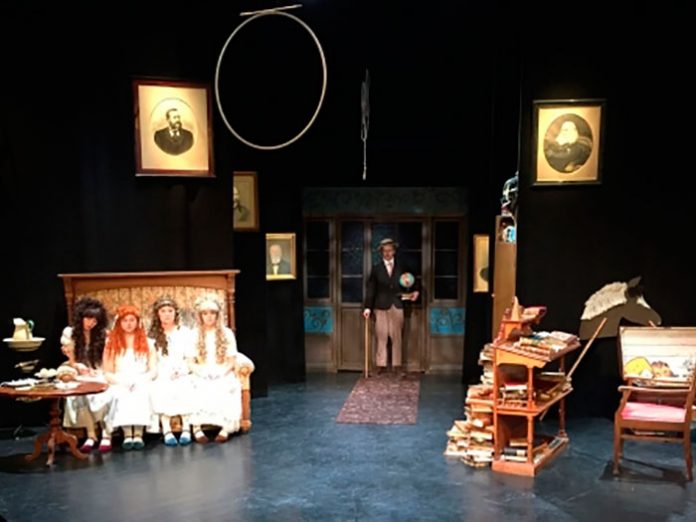 Molkom is a small, picturesque town near to Karlstad in Värmland. The Folkhogskola (Folk High School) offers courses in acting, film, journalism and health; surround amongst green and pleasant surroundings. In 2012 a new 140 capacity multipurpose venue was built specifically for the use of the acting and film courses.

When stage manager Rune Sorgard arrived in 2015 he identified the need for some moving lights in the theatre and in early 2016 a package of Robes arrived in the form of ten LEDWash 300s, six DL4S and four PARfect 100s.

Getting moving lights into the theatre was a big deal. All the major brands were clamouring to get their fixtures specified explains Rune: “Robe was the best option without any doubt at all”.

LED fixtures were also important for the College – low maintenance and running costs with no consumables like bulbs or gel needed. Rune comments that Robe’s LED colour mixing systems have always been among the best, and the light weight of the fixtures is another huge plus as is functionality like the DL series being flicker free for TV and film work which is relevant to them too as film students are taught all aspects of how cameras react to light.

Having the new rig has made an enormous difference to how shows can be lit. They replace a lot of conventionals, and the students all love the new lights. In fact, having them there has energised a big interest in lighting generally as a technical art.

The venue hosts mainly theatre productions but because it’s a school, it’s also used extensively for rehearsals, and students also learn the aspects of lighting, visual and sound involved in stage performance and film making … and how it relates to the acting.

During their first years, each class stages two productions a year, so the Theatre is in constant use.

There are around 200 students resident at any one time, mostly aged 18 – 22, who follow a one year course with an optional second year which most take up.

Tied into the funding is a pledge to embrace the latest technologies … so when Rune initially suggested they needed moving lights he was able to go ahead and start the ball rolling with the purchasing process.

He thinks the ideas and products coming out of Robe at the moment are very exciting and loves the way the manufacturer is focusing on ranges like the DL specifically for the worlds of theatre, television and film lighting.