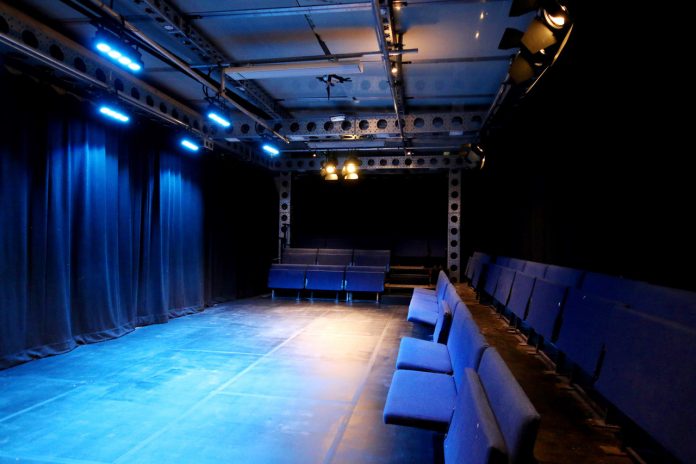 Launched at the Edinburgh Fringe 2017 as Beside, and due back there in August, Downstairs is the first major UK application for Triple E’s large-scale Meccano-style ModTruss and will be in Islington for 10 months of the year.

A uniquely versatile space, which provides for rehearsals during the day and performance in the evening, the theatre consists of 6 inch and 12 inch ModTruss with sleeve blocks running up the masts to raise the theatre grid and roof in one piece via electric chain hoists.

With its unlimited connection points and a huge line of accessories, wheels, hinges, plates, mounts, Triple E’s ModStairs and ModPanels among them, ModTruss can safely provide for almost any stage design.

In London, Downstairs has a new capacity and layout for its focus on longer-run text-based theatre. It will present both transfers and premieres from the most exciting emerging and mid-career companies and playwrights.

Pleasance has been an integral part of the capital’s Off-West End theatre community for more than 20 years and newly appointed Head of Theatre, Nic Connaughton, further underlines the company’s commitment to further develop and present outstanding new work.

Anthony Alderson, Director of the Pleasance, commented: “I am delighted to be opening London’s newest theatre and rehearsal room, a fully flexible studio space. Pleasance London is growing from strength to strength and I am thrilled to be working with such a talented group of people. Since opening 22 years ago, the Pleasance in London has been at the centre of developing bright ideas and nurturing new talent. Our newest space will undoubtedly become a valuable a part of London’s theatre network. “

Downstairs opens this month with an exciting season that welcomes four new productions including a transfer of the critically acclaimed Bismillah! by Matthew Greenhough and world premiere of Bingo by award-winning writer Alan Flanagan.