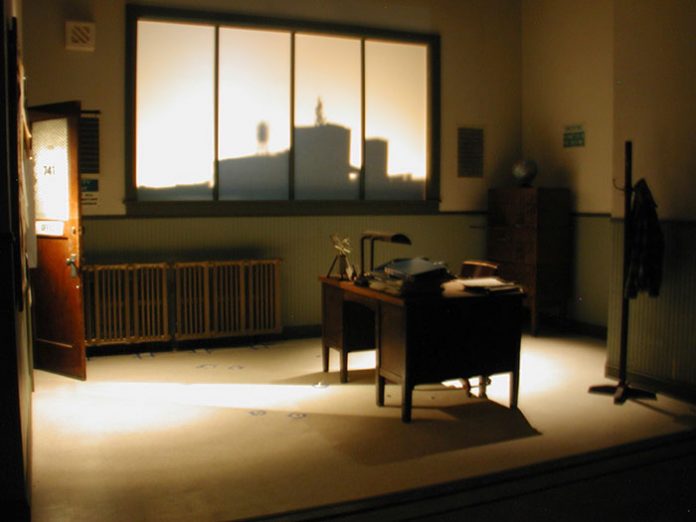 A ride at the Mill City Museum in Minneapolis has replaced its show control system with Alcorn McBride’s V16 PRO.

The Flour Tower Interpretive Ride, which tells oral histories of mill workers, takes visitors on an eight-story freight elevator ride through a recreated flour mill. The ride’s ageing show control system was recently replaced with Alcorn McBride’s V16 PRO with AMI/O to easily connect large amounts of field I/O with a single Ethernet cable, interfacing with the elevator control and the many machine motors on the show sets. A ShowTouch touch panel interface was retrofitted in the elevator cab for the use of museum interpreters. A new Alcorn McBride LightCue DMX recorder/player was also installed to replace the previous lighting system.

Both Mill City Museum and the Minnesota History Museum’s permanent and changing exhibits feature an array of long-running Alcorn McBride gear. “Our first Alcorn McBride installation was a V4 show control system in 2006,” reported Jesse Heinzen, Multimedia Director at the Minnesota Historical Society. “Our original V4 is still running along with a DMX Machine and an 8TraXX audio player. It’s possible we will expand the V4Pro’s capabilities or implement additional equipment from Alcorn McBride.”