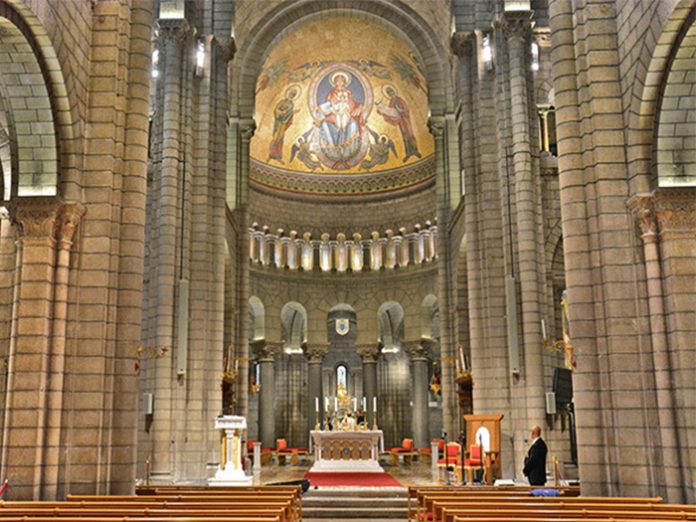 The Monaco cathedral’s soaring vaulted interior presents a dazzling feast for the eyes, but it also creates highly reverberant acoustics that had confounded all attempts at achieving musical clarity and speech intelligibility when using sound amplification.

Determined to overcome the problems, the responsible ecclesial and governmental authorities have commissioned an audio system renovation that culminated with installation of a high-precision Meyer Sound system based around CAL digital beam steering column array loudspeakers.

Serving as principal acoustical consultant and sound designer on the project was Dominique Heymès. His brief was to find a superior replacement for an aging, 100V distributed system with no provisions for separate management of different zones, resulting in extremely poor intelligibility.

“Several options were open to me,” he explained, “but the CAL from Meyer Sound — revolutionary in my opinion — stood out as the ideal choice. This impression was reinforced with further studies and measurements. I’ve always appreciated Meyer Sound for sophisticated products offering technologies that are often irreplaceable. In this case, the ability to use the CAL directivity beams in a thorough and precise way proved to be a determining factor.”

Monaco-based Accord Son Lumière has installed the system under the direction of Jean Michel Mounier and Thierry Chambet. Marco de Fouquières of Dushow in Paris came to Monaco for final tuning of the system.

According to Dominique Heymès, the listening tests for the CAL loudspeakers proved to be a decisive revelation, and his conclusions were shared by others participating in the evaluations.

“We listened to classical music recordings first, and everybody was enthusiastic about the fidelity and precision of the sound.”