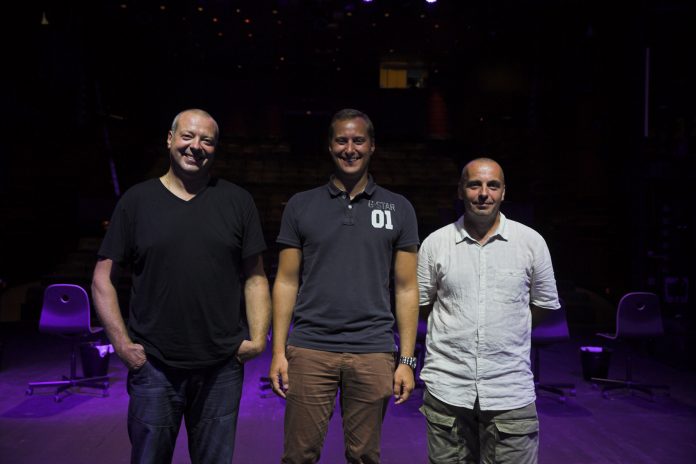 Theatre and performance is right at the heart of Slovenian culture and entertainment, and Robe has made some serious inroads in this sector thanks to a good selection of products and the enthusiasm and hard work of its Slovenian distributor, MK Light Sound, based in the picturesque capital, Ljubljana.

Founded in 1949, Ljubljana City Theatre (Mestno gledališče ljubljansko – MGL – also known as Ljubljana Municipal Theatre) is the second largest drama theatre in Slovenia and located right in the centre of the charismatic old town. It has recently invested in Robe’s LEDWash range with the purchase of four LEDWash 600’s and nine x LEDWash 800’s ready for the new season.

Andrej Koleznik and his colleagues Bostjan Kos, Aljosa Vizlar and Bogdan Pirjevec make up the four strong lighting department. All were involved, together with technical director Joze Logar in the collective decision to purchase the new LEDWashes.

The theatre has three stages – a 340-capacity main stage, a 100-seater small stage and a studio space accommodating 50-60 audience depending on configuration. There are performances most days of the month across the 10 month season, with around 14 premieres on their three stages, (six on the Main Stage, four on the Small Stage and three-four in the studio space), mostly their own, with some co-productions, focussing on modern drama and musicals.

Lighting for any theatre, especially a drama based house has certain specific requirements – low noise fixtures is one, good colour temperature is another. The correct quality of light is also crucial for the sculptural oeuvre associated with many theatre lighting techniques.

The lighting department already had some previous experience of Robe. Their first Robes were ColorWash 575E ATs dating back around nine years and still working well. Some ColorSpot 700E ATs were added two years after the 575Es, followed by their first three LEDWash 600’s which were purchased specifically for one production.

They also have LEDForce 18 LED PARs and some Anolis ArcLine Optic MC24 LED strips which are ideal for set practicals and scenic illumination.

Andrej has worked at MGL since 1995 and has seen a trend or two come and go in that time. “We always listen to what the directors are requesting – or demanding – in terms of lighting” he observes “as well as considering the best long term options for us as a theatre and a producing house.”

They actually purchased their first moving lights 17 years ago – it was a competitor brand as ‘Robe’ was not even born as a brand back then! Once Robe was launched, in 2002, and then became affordable and appropriate for theatre applications in terms of optics, they switched and have stayed with Robe ever since those first 575’s, gradually replacing the original moving lights with more Robe.

Like many theatres, before committing to an investment in LED moving lights they waited until a product of sufficient quality was available. Delighted with the rich and beautiful light emitted by the LEDWash 600’s, when the opportunity came up, they added to these and also wanted the stronger LEDWash 800’s together with the beam shaping capabilities that are so essential for lighting theatre shows.

“The LEDWash series has an ideal colour temperature, the units don’t break and they are much more cost effective to run” Andrej explained, highlighting that the colour reproduction – and consistency – is very good, the beam is nicely homogenised and most importantly – unlike the vast majority of arc lamp fixtures – the lights are quiet due to not being fan cooled. “We really appreciate this fixture and the size and quality of the beam coming out of it,” he concluded.

The new LEDWashes are currently installed on the main stage fly bars where they will be the principal back and stage lighting for shows in the upcoming season.