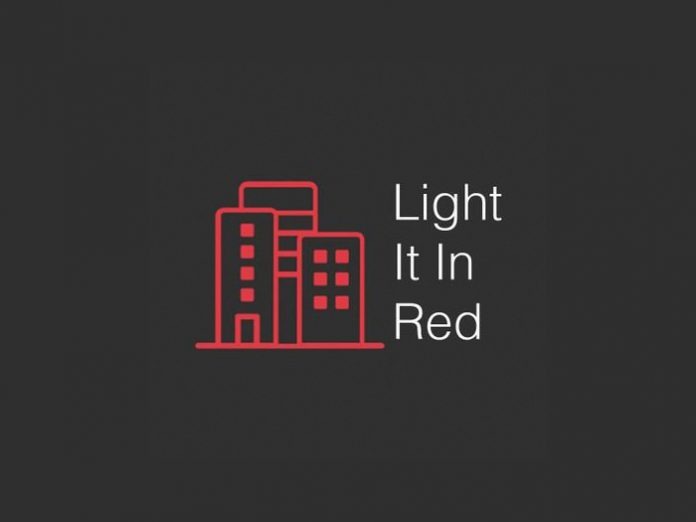 UK-based grassroots campaign initiative #LightItInRed is part of the 11th August ‘Red Alert’ day of action being organised and coordinated by #WeMakeEvents and PLASA (the Professional Lighting & Sound Association).

Red Alert is also being supported by numerous companies, professionals, organisations and other individuals and practitioners working in the entertainment technology industry and performing arts sector.

The Red Alert campaign’s goal is to get the live entertainment and technical production sector in front of politicians, specifically those in the exchequer and at the DCMS (Department of Culture Media & Sport), the latter as the industry’s representatives at parliamentary level.

The reason is to demand urgent financial help for the sector and its substantial support infrastructure … until mass gatherings can return.

The industry is on the brink of collapse following no work or cashflow for 5 months, and no timetable for a re-start.

This is further exacerbated by recent changes to the coronavirus jobs retention scheme (JRS) meaning that already cash-strapped companies will be under further pressure to make redundancies.

On July 6th, #LightItInRed initiated a lighting action that saw nearly 700 buildings, monuments, landmarks, and spaces all over the UK lit in ‘emergency red’ to raise awareness of this dire situation.

#WeMakeEvents Red Alert is the next step.

“The call is even more urgent now – so we are again asking everyone if they can get actively involved and light something red for the 11th August,” says #LightItInRed co-founder Steven Haynes.

Phillip Berryman, the other co-founder of the movement, stated: “We are hearing daily about the mental health impact of this crisis on individuals, and ask everyone in our industry to not only show their support for each other, but join together with one united voice and take part in the #WeMakeEvents RED ALERT campaign.”