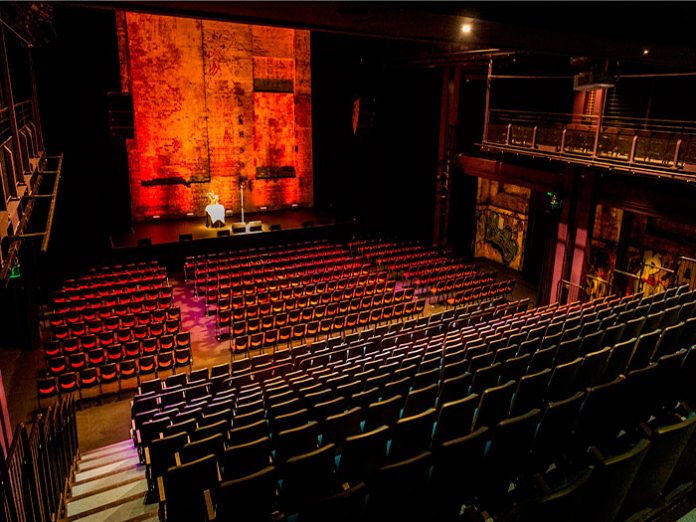 In August last year the Brisbane Powerhouse upgraded their lighting data distribution system with the installation of a Cat-6 network with Pathport nodes and Pathport manager software.

Nine Pathport C-series nodes were installed around the venue where they convert lighting data that has been distributed over the Cat-6 network to DMX. Previously the venue had two cabled universes of DMX and if they were required to expand beyond that, extra cables and infrastructure had to be installed which very time was consuming.

Lighting at the Brisbane Powerhouse, Simon Cook further explained: “We looked at a few options but the Pathport hardware allowed us to easily output any combination of two universes at any node, for example Universe 1 and 2 on node A and Universe 8 and 15 on node B and so on. You can use Pathport manager to configure everything to suit the particulars of your show.”

Due to the Cat-6 network that Pathport runs over, it is simple to scale your system up with additional nodes as required making it very flexible. Simon added that Brisbane Powerhouse already has a Pathport Quattro, which can be used anywhere additional universes are required. Simon also stated that it is also great if you pixel mapped LED wall is needed on stage or perhaps something similar.

Simon continued with the following: “We can go from two universe shows to sixteen universe shows with multiple protocols very easily. What’s also great is that any node can be an input or an output. Before we installed Pathport nodes, if you wanted to run the lighting console side of stage you had to run DMX cables back to the control booth. Now we can just plug a network cable in if we require more than two universes or make a node an input rather than an output if that suits, using the system management.”

The new system was invaluable when the Brisbane Powerhouse recently hosted the Australian Performing Arts Market where artists and producers presented excerpts of their shows. Several theatre companies brought their own lighting consoles, which would usually require DMX input merging or cabling swaps between shows, but this is now not a concern because of the Pathport system.

The system also allows multiple inputs into the system at the same time and with a little pre-planning have no worries about playback clashing. It is now possible to leave a house console plugged in and patch a console in, which makes playing back shows more easily.

Simon concluded that since its installation the Pathport system has been completely reliable: “When a touring console comes in we change the IP address on the console and everything talks – it’s that simple. In addition, when the show bumps out we can re-load our standard input/output configuration from the control booth with no need to visit each node and reconfigure individually.”