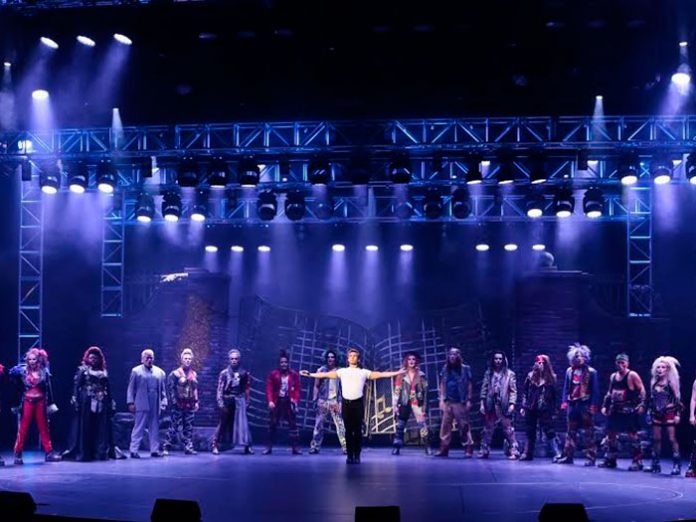 Promoted as the world’s first smartships, Royal Caribbean International’s environmentally friendly Quantum-class cruise liners – Quantum of the Seas and Anthem of the Seas – have set new standards in terms of energy-efficient onboard entertainment lighting systems. Now the numbers are in and the savings is even greater than expected.

When Royal Caribbean recently compared energy usage of the theatre show lighting system onboard Quantum and Anthem – both with large LED lighting systems that include Elation LED fixtures – with a similar yet incandescent-based lighting system on its Oasis-class Allure of the Seas, energy savings on the Quantum-class ships was 76%-84% greater, numbers that even surprised RCI.

“The power figures have been measured on Quantum and Anthem against the last incandescent and dimmer theatre show lighting rig on Allure and the results are enlightening. The LED theatre show rig that includes Elation and ETC LED fixtures is a dramatically lower consumer by comparison,” stated Royal Caribbean International’s Christopher Vlassopulos, who coordinated the design and specification for all the entertainment equipment in the ships’ public spaces, including the entertainment lighting systems.

“Whilst we did anticipate a reduction this goes way beyond. And this is apart from the obvious additional savings from not having to purchase replacement lamps, ship them, store them and replace them.”

Some of the real world number comparisons show that energy usage for all the show lighting in the Royal Theatre was 386 Amps on Allure compared to 91 Amps on Anthem and 62 Amps on Quantum. As the measurements were done at full on, actual median savings is even greater – more than 90% – as the LED lights only use power when light and colour is needed while discharge lamps run at 100% when a show is running. As Christopher explains, the power savings translates into quite a significant savings in dollars.

Chris continued: “By switching from incandescent to LED we realise millions of dollars in savings over the lifetime of Royal Caribbean ships and on Quantum and Anthem we’ve also already benefited from the lower maintenance involved,” which is no small matter as RCI ships operate on busy 24/7/365 schedules.

Savings extends to other areas as well. HVAC requirements have also been reduced and the electrical distribution costs are much lower and more efficient due to less cabling, fewer connections and no dimmers. When combining the energy savings with the savings in maintenance and operational costs, the total cost delta between Allure and the Quantum-class ships is substantial and more than pays for any technology upgrade costs.

Quantum of the Seas set sail in November 2014 with Anthem of the Seas following in April of 2015. Built at Germany’s Meyer Werft shipyard, media and entertainment system integration was by Amptown System Company. The third in the Quantum-class, Ovation of the Seas, is planned for 2016.