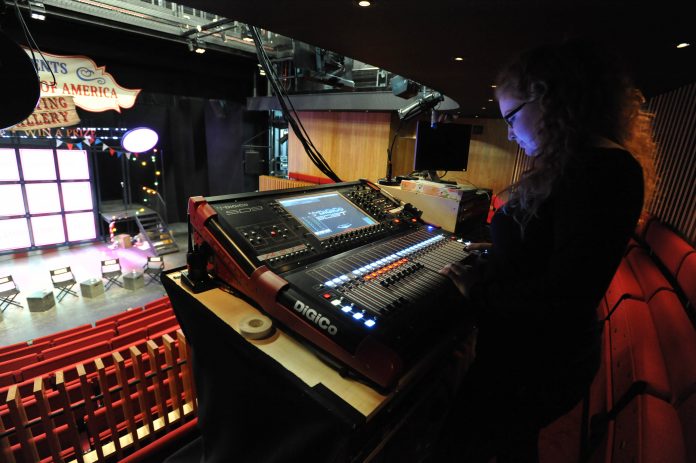 Autograph has a long history with LAMDA, not only working with them on their own technical facilities but providing in-house training for LAMDA students at Autograph’s London headquarters. They recommended the Academy purchase the SD9 because of this and because of DiGiCo’s predominant use in West End theatre productions.

“We welcome LAMDA students to Autograph each year to give them an insight into the world of digital mixing,” says Autograph’s Peppe Mallozzi. “Because Autograph almost exclusively uses DiGiCo and the consoles have become the standard for West End theatre, it’s very helpful for the students to know how to use them. “I take them through the theatre specific ‘T’ software aspect of the consoles and the benefits of the many unique-to-DiGiCo features, such as Players & Aliases, the complexity of the ‘recall/Auto update’ shown on pre-existing cues and, if time permits, a little basic programming, again stressing the important aspects of knowing the show inside-out, cue by cue.”

“We are delighted to be training our students on the new DiGiCo SD9T,” says LAMDA’s Head of Technical Training, Rob Young. “These young people will go on to shape the future of the dramatic arts and through LAMDA’s partnerships with companies like Autograph we can ensure they have the very best preparation for successful and sustained careers in the industry.”