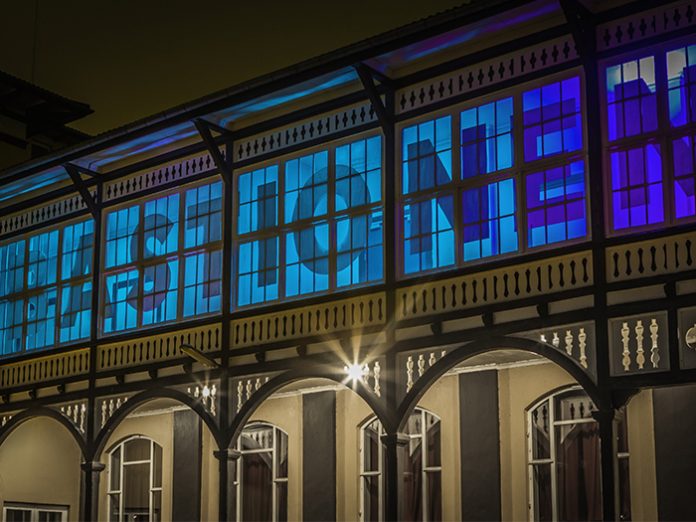 As part of an ambitious rejuvenation project Bastionen, a multi-purpose venue in the municipality of Nyborg, Denmark, sees the installation of an L‑Acoustics ARCS WiFo loudspeaker system which allows the venue to provide touring acts with L‑Acoustics well-loved sonic signature as its in-house system, while also respecting the venue’s community-based budget.

Dating back to 1897, the historic Nyborg Borgerforeningens Hus building has long played a central role in the city considered to be Denmark’s first capital. The building has been through a fire, used as headquarters for Occupation Forces during World War II, been dismantled, rebuilt, and suffered another fire before a major renovation in 2006 to turn it into a jazz club and disco.

In 2014, the municipality of Nyborg took control of the estate launching a year of consultation with local residents on its future use, before determining that a substantial investment should be made to reconstruct the venue primarily as a cultural centre that would not only continue to support local community events, but also attract new acts from beyond the Nyborg municipality to its stage.

“It was obvious that from a price and quality standpoint this should be a WiFo system,” explained Lydfabrikken’s Anders Stadelund.

Lydfabrikken designed a system comprising two hangs of four Arcs Focus left and right of the stage, with one X12 enclosure per side as side fill. Four X8s are evenly positioned across the front of the stage as front fill. Two X8 enclosures, one on either side positioned about halfway down the room, are used as balcony delays. Three ground-stacked SB18 subs provide extended bandwidth in the low end.

Rich in Danish history, Bastionen now boasts a performance space that is entirely new and much improved. The new L‑Acoustics system allows Bastionen to provide visiting acts with industry-leading sound in a compact form perfect for the medium-sized theatre. As a result, Stadelund notes, the venue has enjoyed an increase in business, with sell out performances now a regularly occurring event.