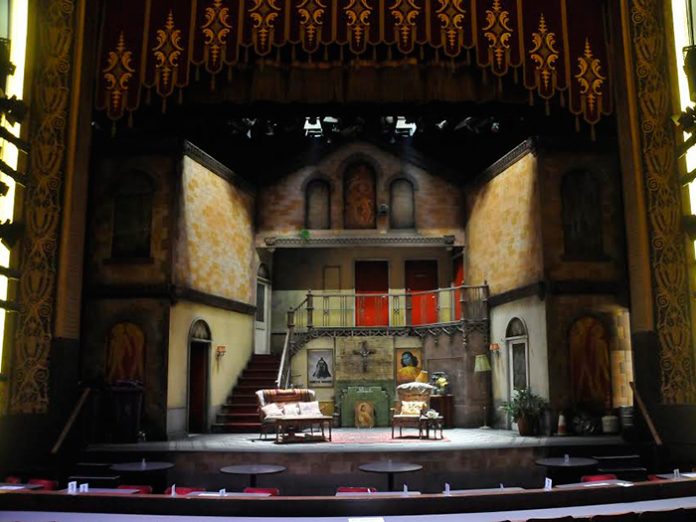 For nearly 200 years the site of the Royal Court Theatre has been at the heart of Liverpool culture. Having played host to artists such as Oasis, David Bowie and R.E.M to performers such as Lawrence Olivier, Vivien Leigh and even hosting Dame Judi Dench’s acting debut the venue has a prestigious heritage and needed an audio upgrade to match.

Owing much to the growing prominence of KV2 Audio products within the Theatre industry it is with great pleasure that KV2 can now add the Royal Court to its ever-expanding roster of high quality Theatre’s relying on KV2 products.

Liverpool’s awarding of the 2008 Capital of Culture sparked a revival for the Royal Court. Having been used as a Comedy Club for a period of time the Royal Court Trust wanted to “upgrade, conserve and restore the valuable cultural asset in the heart of the city” and the Theatre began producing a unique style of Theatre for Liverpool audiences produced in Liverpool, with Liverpool actors and written by Liverpool writers.

With a cabaret style stalls area the productions can be raucous, full-on occasions and Chief Executive Kevin Fearon and Head of Sound Kate Harvey decided to audition KV2 products for a complete overhaul of the existing sound system.

Kate picks up the story “During the refurbishment of our venue we have been upgrading various parts of our sound system. Whilst looking at different manufacturers and systems an old colleague recommended KV2 Audio and we arranged a demonstration in our venue.

“The demo went really well and the kit we saw was so impressive that there and then we placed an order for a complete speaker package to replace our existing Nexo system. Listening to them side by side during the demo there was absolutely no comparison…”

“The KV2 speakers have a lovely warm, well rounded sound and certainly pack some punch without losing clarity and that warmness.” Kate continues. “At the Royal Court we produce a variety of productions from straight plays to large scale musicals. Our current production is a Comedy by a local writer that the new system is being used on.

“In the few weeks that the system has been up we have already had comments on the clarity of sound and the noticeable improvements from the old system. I’m really looking forward to mixing our larger Christmas musical and we are already in talks about using KV2 products in other spaces run by the Theatre”.