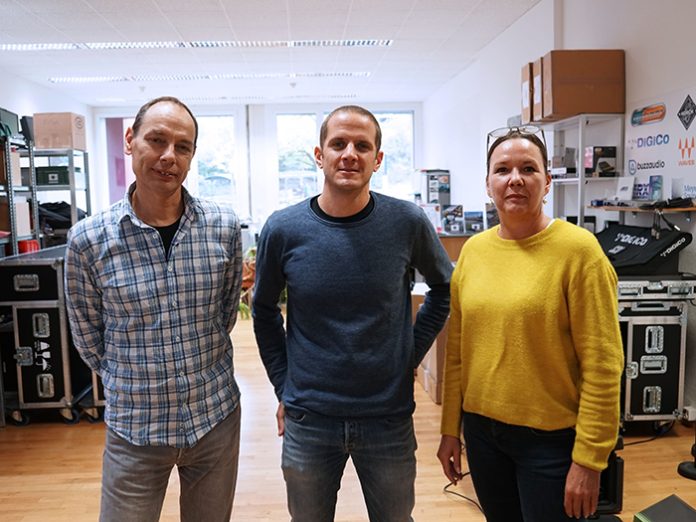 JoeCo has signed a pair of distribution agreements that will ensure a greater number of European end-users will have local access to the company’s full product range. The deals, which were signed at IBC, follow hot on the heels of the announcement that Beirut’s Boujikian Bros has taken on JoeCo distribution.

The first of these new partnerships has seen Tonspur AG become the official JoeCo representative for both Switzerland and Liechtenstein. The company, based in Adligenswil, already has a number of important pro audio brands on its roster, making JoeCo an obvious addition to the range.

“We are delighted to be working with Tonspur in both Switzerland and Liechtenstein,” said Graham Murray, Business Development at JoeCo. “Their knowledge and reach into the local market is second to none and I’m sure their customers will be excited to get hands-on with the full JoeCo range.”

Tonspur is also highly active in the local audio community, hosting a variety of regular training sessions. With the addition of JoeCo, the new distribution partner has confirmed that it will be including the British manufacturer’s portfolio in these events.

The second deal sees ABSIS take on the distribution for Belgium. ABSIS is a relatively new entrant to the Belgian market, having been formed by audio engineers Frederic Jakus and Gaëtan Crenier at the start of 2019. Despite this short history, the knowledge and experience of the founders has quickly made the distributor an important player in the local market.

“While ABSIS is still a young company, the years of experience they have shines through in everything they do,” noted Graham. “We have been working with Gaëtan on a variety of projects over the last few years and his knowledge of the systems will offer a huge advantage to JoeCo and all of our customers in Belgium.”

“We have been very fortunate to sign agreements with some excellent companies recently who will help us to significantly grow the business,” concluded JoeCo Managing Director, Joe Bull. “I’m certain that our new European partners will ensure that more people than ever before can experience the benefits of our BLACKBOX, BLUEBOX and Cello families.”