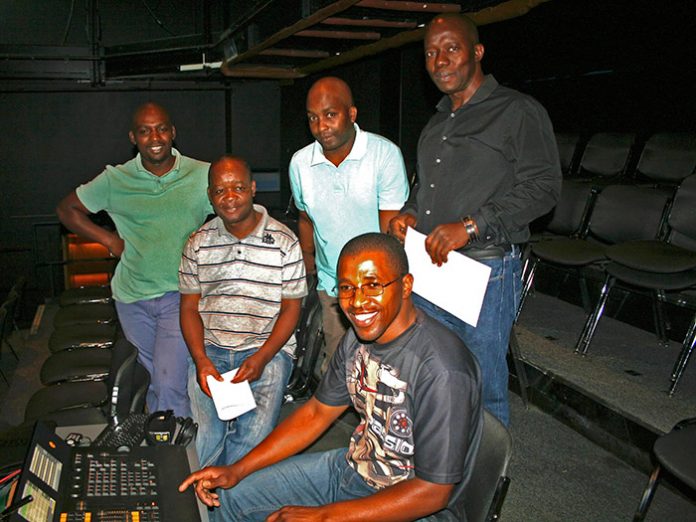 The Joburg Theatre, Johannesburg, South Africa, has invested in a new MA Lighting dot2 core console which was specified by Technical Manager Enos Ramoroko and delivered by MA’s South African distributor DWR via System Solutions, the integration and installation division of the Gearhouse South Africa Group.

The Joburg Theatre Complex, originally called the Civic Centre, was built in 1962 and has four primary performance stages presenting a lively mix – around 70 a year – of received and produced shows and performances including many famous West End and Broadway musicals.

The main Nelson Mandela Theatre already has a grandMA2 full-size console for lighting control – it was the first theatre in SA to actively adopt the platform – so when it came to choosing something for the smaller Fringe stage, it was logical to look to MA again, as everyone was happy by the power, stability and reliability of the grandMA2 full-size.

The majority of shows are received productions, so the dot2 decision was also influenced by the popularity of the MA brand generally, which Enos reckons is specified by 9 out of 10 of visiting producers and their lighting designers and directors.

DWR’s theatre specialist Dave Whitehouse set up a demonstration. “They needed a desk for running smaller shows that might typically use some moving lights plus a selection of generics and LED sources,” he said.

They additionally saw its potential as a stepping stone for training new MA users who could then graduate to the grandMA2 full-size. DWR ran a dot2 introduction seminar at their offices in Randburg, Johannesburg, which Enos and some of the theatre’s technicians attended.

“It was such an easy desk to learn and the size suited us perfectly,” he commented, explaining that while he’s worked at the Joburg Theatre since 1994, it has been a few years since he’s programmed any lighting. However, as soon as his hands were on the dot2, he found himself “Able to programme it in no time!” The decision to purchase the console was made soon after this.

In the Fringe Theatre the dot2 is typically controlling around ten moving fixtures and upcoming productions this season will include The Man and the Mouse, Chester Missing and Colour Me Human.

Dave Whitehouse observes that the launch of the dot2 has opened up a whole new section of the market for small to medium theatres looking for a high performance control solution. Recently DWR supplied four dot2 to various stages at the 2015 Hilton Arts Festival in Durban, all of which were very well received.