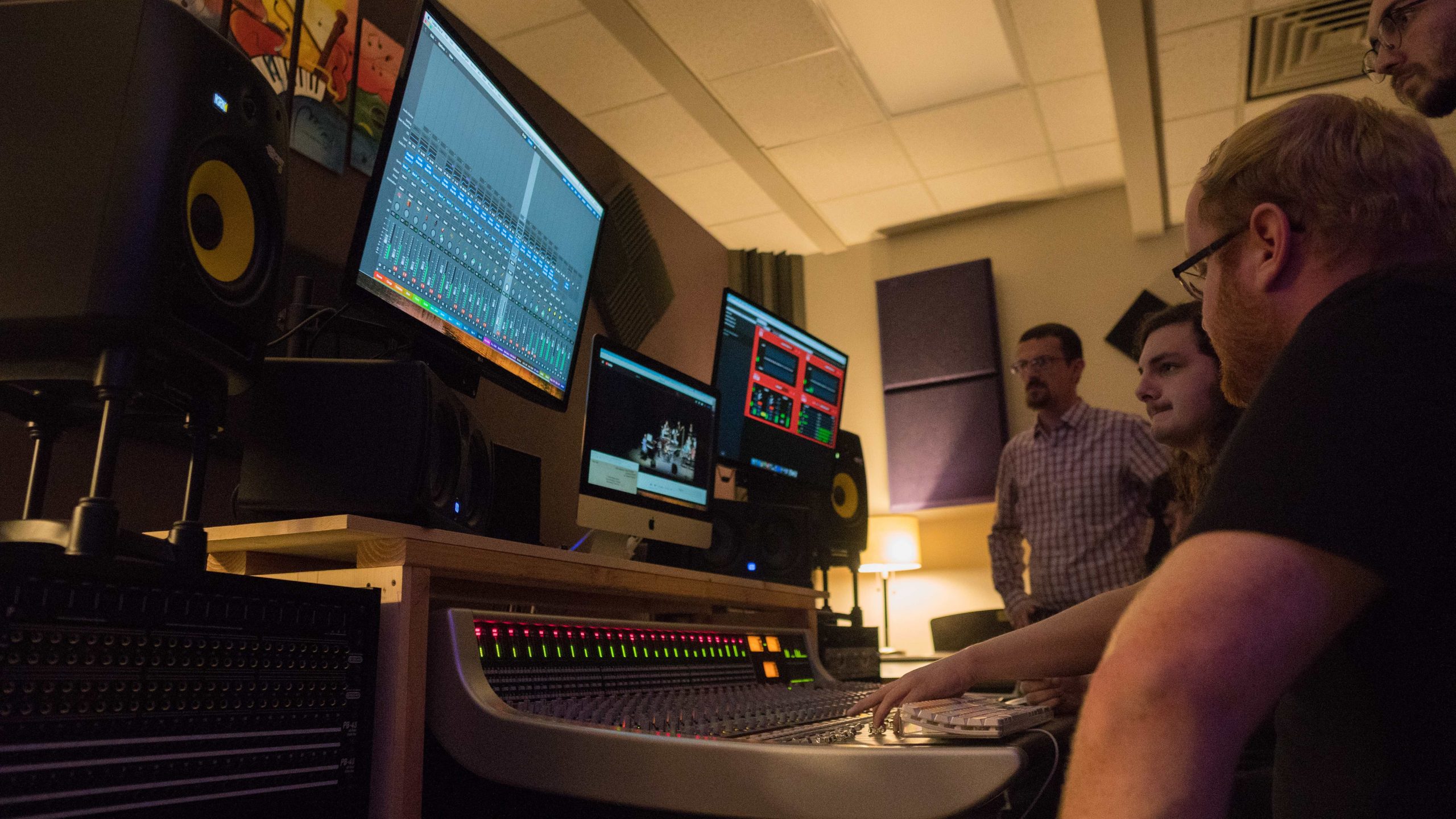 Audinate’s journey began back in 2003 as a set of ideas from current co-founder, Aidan Williams. Based in Sydney, Australia, the company soon gained approval and backing from the NICTA (Australia’s Information and Communications Technology (ICT) Research Centre) and spun out officially as a company in 2006. Aidan’s goal has always remained the same – to use networking technologies to simplify and improve the distribution of audio and video. Today, Audinate is at the heart of the AV – IT convergence with Dante. Just some of the manufacturers utilising Dante include; Allen & Heath, Bose, Genelec and K Array, to name but a few.

The Audinate crew at #nammshow 2020, here to answer your questions about all things Dante and audio networking! Come on by Booth 18607 for a demo.

“Audinate ensured that Dante would gain the support of manufacturers by offering a well-designed, complete solution to the problems of network transport that was readily available to all. This approach allowed the company to continue growing, reaching our current state of thousands of compatible products,” explained Josh Rush, Senior Vice President of Marketing and Product Development at Audinate. Dante works by sending data across a network. This isn’t necessarily anything new, however, Dante revolutionised the concept by successfully implementing a media delivery system that incorporated Precision Time Protocol (PTP). This then allows Dante media packets to be accurately time-stamped so that all devices can resemble them into the original streams with perfect accuracy and very low, deterministic latency. Josh furthered: “The real magic of Dante is in the layers of control and management that Audinate has included. This ‘full stack’ approach goes well beyond simple transport and makes Dante easy to use, secure, scalable and incredibly reliable.”

Dante technology covers everything from installed systems to live sound. Recent projects include, Stephen F. Austin University, Texas and Texas’ 12th Man Productions, as well as many others, covering everything from houses of worship to bars and restaurants. Some of the key projects that really helped to implement and develop the Dante platform however, include the 2010 Winter Olympics in Vancouver and the Queen’s Jubilee Concert in London. “These high-profile events helped establish Dante’s reputation, and I guess the rest is history!” said Josh.

As the audiovisual market changes and adapts to the uncertainty of recent times, Audinate has been looking into expanding its horizons and delving into newer markets. With the time to refocus efforts, Josh explained how the company is looking to adapt the Dante platform even further: “We’re actually at a very interesting time at the moment. Even though Dante has been around for 14 years now, there are still many non-networked installations in service. As these age out, there are an evergreen source of new Dante systems in our existing markets. In addition, the value of networked audio and video is starting to take off in other, adjacent markets such as transportation, residential and MI spaces, opening up new opportunities for Dante.”

During Infocomm 2019, Audinate introduced Dante AV, which is a solution that that brings Dante’s control model and ease of use to networked video. Josh explained further: “It’s designed to work on the 1 Gbps networks that are widely deployed today, allowing integrators and end users to use it without tearing out existing infrastructure. Video presents different challenges to audio, especially with regard to network bandwidth. While some manufacturers are focusing on AV-over-IP applications for 10 and 40 Gbps networks, these solutions remain out of reach for many locations. We’re seeing increased interest in the 1 Gbps space, and look forward to seeing this market evolve.”