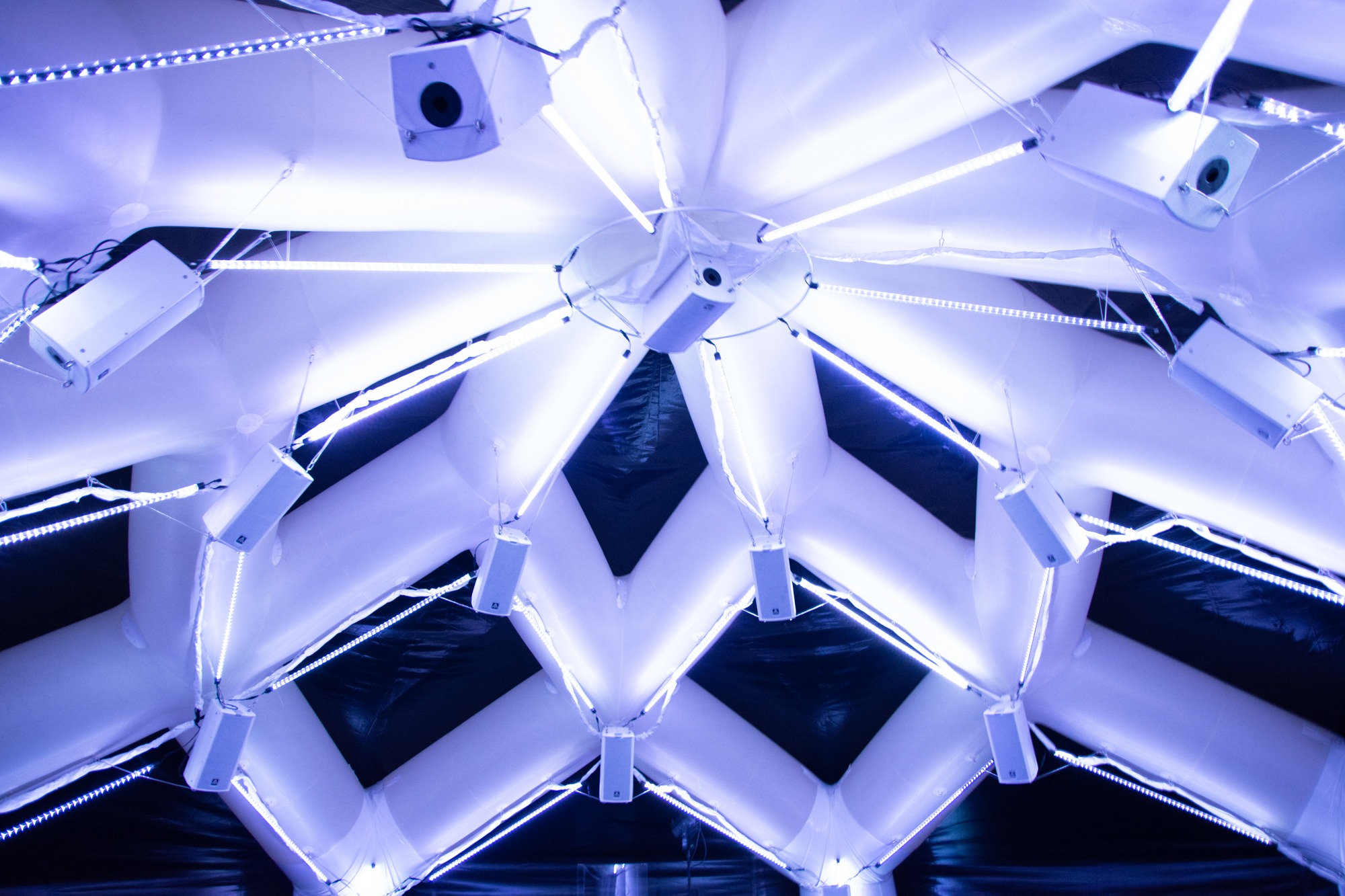 Immersive audio, or 3D audio, is not just about multi-channel systems or surrounding the audience with loudspeakers – it goes way further than that. It is not simply the switching of channels from one loudspeaker to another, but the rendering of signals to, or dynamically through, exact positions in space, regardless of the positions of the loudspeakers. For example, a multi-track recording or live performance can send individual channels to different positions within the space and also move them around the audience in real time. So each loudspeaker receives a different sound mix in real-time, which needs to be processed with a particular filter. In comparison with stereo, in which we only control one dimension (width), immersive audio effectively adds two more dimensions (depth and height) to recording and / or performing.

Today several immersive audio solutions, with very different approaches, are competing for attention. Even though the concept has yet to go mainstream, the user experience – where it is available – is outstanding. The principal caveat of immersive sound is that far higher investment is needed, and that specific audio material needs to be created for it.

Amate Audio has been involved in the development of 3D audio as a fully commercial proposition for AV applications, principally in partnership with Barcelona-based 3D audio technology developers SFËAR, since 2015. The OVNEW restaurant installation, featured on the front cover of the January / February issue of mondo*dr, is the first commercial application of that partnership.

SFËAR is a series of real-time audio plugins that allow the creation and animation of audio in space. Panners for mono, stereo and multi-track media allow intuitive and accurate localisation, as well as animation of each audio source with full automation and MIDI control. SFËAR transmits the discrete processed audio signal for each track to each loudspeaker required to render the audio program accurately within the space. To do that the system needs to know how many loudspeakers are being used and their respective locations, in order to calculate the specific FIR filters for each loudspeaker and the respective audio source being rendered. All of which is extremely processor hungry.

In immersive sound applications, in which each loudspeaker requires its own amplifiers and DSP channel, active models are a clear advantage, as are powerful compact designs, given the number of loudspeakers required. At Amate Audio, we have taken things a considerable step further, developing a smart spatialisation engine within an active loudspeaker design. Such next-generation ‘smart’ loudspeakers should be a key component within any practical audiovisual solution for immersive sound.

Read the full article below.