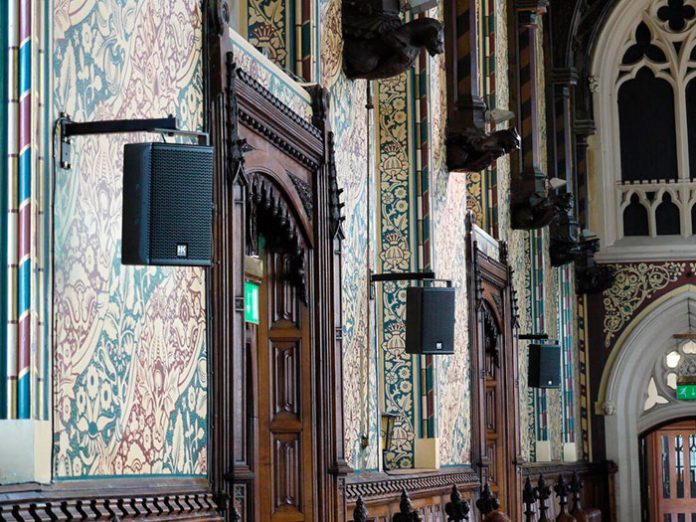 Completed in 1871, Rochdale’s Grade 1 listed Gothic Victorian Town Hall is widely regarded as one of the finest municipal buildings in Britain, renowned for its unique and detailed architecture. The Town Hall functions as the ceremonial headquarters of Rochdale Metropolitan Borough Council and houses local government departments, including the borough’s civil registration office.

With a need to upgrade the audio system in the magnificent Great Hall, industry specialists National Stage Technology were consulted to propose a system which would provide improved audio quality for the wide variety of special events hosted, while blending discretely with the intricate hand painted walls and ceiling panels and stained glass windows showing an outline of English history from the time of the Norman Conquest to the reign of Queen Victoria. In this beautifully expansive, but highly reverberant and difficult acoustic space, improving speech intelligibility was the major goal.