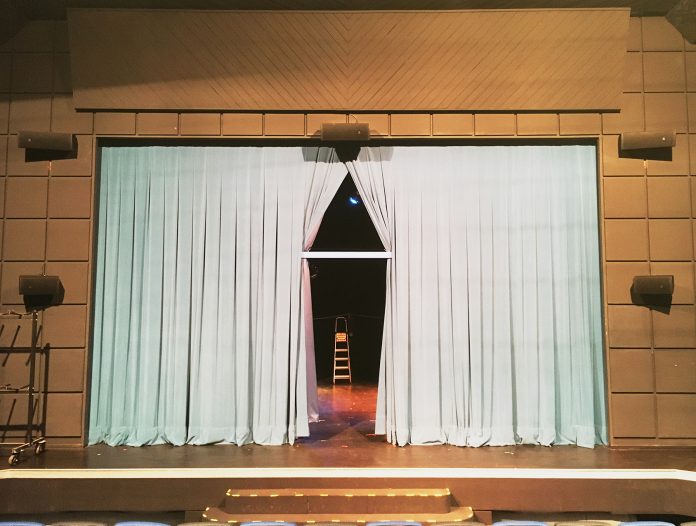 With roots dating back to ancient times, puppeteering is a cherished art form within the Czech Republic. So much so, that a local Czech theatre decided they needed to upgrade their audio systems to enhance the audio experience for fans of the beloved performance.

Recently, management at The Alfa performance art theatre in Pilsen, began a project to upgrade their 20-year-old sound system for greater flexibility and a higher level of performance.

Founded in 1963, the Divadlo Alfa performance art theatre (known locally as The Alfa) is a well-respected, 232-seat theatre specifically designed for puppeteering.

Focused initially on performances for children, the theatre company has evolved over the decades to present many genres, including classics such as The Three Musketeers and original, modern productions for adults that focus on sophisticated parodies of current social issues.

The company has ten puppeteers who produce more than 220 performances annually. The theatre also organises and hosts a puppeteering festival each year.

AudioMaster CZ initially received a call from the theatre’s sound engineer explaining that they were having trouble with their system and needed them to work on a complete new system design. The team then worked with Jan Zvánovec, from Audio Kropik, the largest seller of AV equipment in the South Bohemia region, to bring the design to life.

“The theatre’s sound engineer was having big issues with their existing system,” said Jan Zvánovec, Project Manager, Audio Kropik. “We met him on site and discovered that they had speakers that were not working and older amplifiers that were deteriorating and beyond repair — the system had simply reached its end of life.”

The theatre would need to replace all the defective units, but with the age of the system, it was only a matter of time before the other components failed. Theatre managers and the Audio Kropik team realised that it would be easier and more cost-effective in the long term to redesign and replace the theatre’s entire sound system, including all loudspeakers and amplifiers.

“The client decided to take this opportunity to not only repair the system but to also greatly improve its performance,” added Zvánovec. “They wanted to upgrade to a modern, clear, high-quality sound; and they needed it to be more flexible and easier to use. They also wanted new loudspeakers that would better blend into the theatre visually.”

The team began searching for system components to fit the theatre’s requirements and limited budget. A critical specification was to find high-quality, multi-channel, audio-network-ready amplifiers that were affordable but could also deliver the power needed for the theatre.

Many AV manufacturers were having supply chain issues and did not have products available. Additionally, the Alfa only had a small window of time available for the project to maintain their busy show schedule uninterrupted. Upon the recommendation of a colleague at AudioMaster CZ, Zvánovec decided to give LEA Professional amplifiers a try.

“I had not used LEA amps before, but they seemed to have all the features we were looking for, at a good price, and they were available,” said Zvánovec. “The amp’s cloud technology, built-in DSP, and the preset features were also very interesting; I wanted to see what these amps could do.”

With three ways to connect, system designers can engage the Connect Series’ built-in WiFi access point, connect to the venue’s WiFi, or use the Ethernet to connect to any local area network via Cat5 or Cat6 cable. The Dante Connect Series also features analog inputs, Dante inputs, and external I/O control for remote on/off and fault monitoring.

“The amps’ built-in Dante technology made for an extremely simple connection between the mixing room and technical room; everything worked on the first connection, and we have a lot of flexibility for easy, future upgrades,” said Zvánovec. “And there is also no need for external speaker processors because everything is managed by the DSP that’s built into the LEA amps. These features alone saved the client a lot of money and time.”

Integrated DSP frees up critical rack space and reduces system weight. All the input routing, room tuning, speaker tuning, and limiting are built into the amplifier, so equipment racks are smaller, lighter, and cleaner.

“All the connectors and features of the LEA amplifiers are very logically arranged and well-engineered; the manufacturer thought of everything from the installer point of view,” said Zvánovec. “Setting up the amplifiers with a web browser is great, and we created several presets and stored them in the amps so the client can easily change the settings. Finally, no complicated installation and setup of applications; it was all very quick and easy.”

The LEA Web User Interface (Web UI) allows users to view the status of every channel on any given amp to quickly monitor channel performance, including data such as an output meter with a clip indicator, status indicators such as Ready, Limiting, Thermal, and Fault, as well as a quick attenuation level view and channel mute button.

“Upon first hearing the new system, the client was extremely impressed in that the system sounded so much clearer and better than they had expected; this is thanks not only to the new speakers but also thanks to the powerful, natural sound of the LEA amplifiers,” added Zvánovec. “I’m glad we had this opportunity to learn about and try the LEA amps; we’re definitely adding LEA to our list as a preferred amp supplier for future projects.”