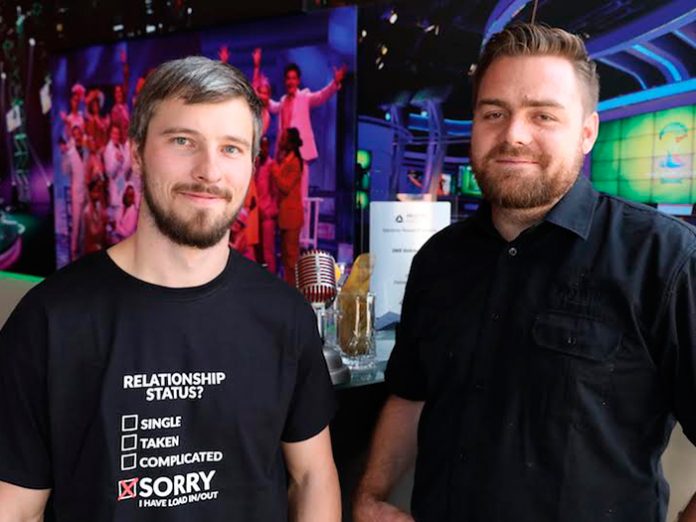 Thanks to fantastic growth with DiGiCo sales in South Africa, DWR Distribution, are pleased to welcome Jaco Beukes to the family. He will officially join the company on 20th March 2017.

“We had no idea that DiGiCo would grow as fast it has,” said Duncan Riley of DWR. “It has been less than a year that we acquired the agency and the only way we can continue to support this great product is to invest in great people.”

Jaco Beukes will be assisting Kyle Robson, who handles DiGiCo sales, on this exciting journey “I want to take this opportunity to say well done to Kyle and the DWR team so far. It’s an honour that this brand has grown the way it has, and it’s going to be great to have Jaco here,” added Duncan.

Hosting DiGiCo roadshows, revealing new products, training and supporting festivals, Kyle has been the face behind DiGiCo in South Africa. “With the growth of a product comes a lot more meetings with clients and it’s important to continue offering the same support,” said Kyle. “I have known Jaco for many years and I have had opportunity to work with him. I am really looking forward to his appointment,” said Kyle.

Jaco is a respected Audio Engineer in South Africa. His very first console was the Yamaha 01V, but the bug bit when he was introduced to a DiGiCo SD8. “My dad was involved with an install in Mauritius in 2000, supplying the sound in a church,” Jaco recalls. “The install took longer than anticipated, and in the interim, the SD8 stayed at our house. During this time, I got very familiar with the console.” Jaco has since worked with DiGiCo products for eight years.

With a passion to work on shows, Jaco joined rental company Sound Stylists, who are home to the DiGiCo brand. “I learnt a lot there,” said Jaco.

Highlights on projects he has worked on in the past include working on Afrikaans is Groot, where he was the RF and Assistant Tech, while at Oppikoppi, he recalls being one of the crew members to use a DiGiCo console on one of the smallest stages at the festival. “I had an SD9 on FO and had more inputs (two stage racks) than the main stage!”
Jaco sees this new chapter of his life as an opportunity to grow, learn a new skill and see a different side of the industry. “I’m excited about the challenges to come,” he said. On a personal note, Jaco has a passion for motorbiking and loves the opportunity to tour the beautiful countryside seeing countries like Lesotho and Swaziland while making memories with the arms of his young wife wrapped around him.