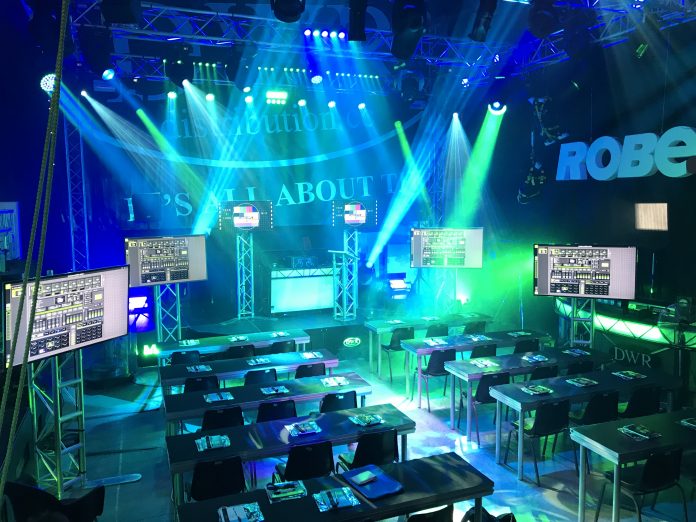 Phil Blue, Sales Manager at Green Hippo, joined with DWR Distribution, a leading player in the installation sector, to deliver a week-long training programme to Green Hippo’s South African distributor’s client base. Sessions were led by Phil with logistical and technical support from DWR’s local staff.

First stop on the Republic of South Africa schedule was Cape Town, where Phil gave an illuminating session, including using DWR’s Hippotizer Boreal and Karst set-up to take attendees through ZooKeeper – Hippotizer’s interface, which allows for real-time control of the engine and all its components.

Phil then flew to South Africa’s east coast to take a session in DWR’s Durban office. The day again covered ZooKeeper, as well as ideas regarding using Green Hippo products in Durban’s churches and theatres, such as the historic Playhouse Theatre. Phil then journeyed to Johannesburg where he and DWR held a training event in the distributor’s main South African office. Here, the team set-up four LCD displays, ensuring that everyone had a great view of Phil’s step-by-step study of ZooKeeper.

“Huge thanks to the team at DWR for their invaluable support, not to mention making me feel so incredibly welcome. It’s always pleasure to meet Green Hippo users and help them get even more from our impressive line of kit,” said Phil Blue.

Dylan Jones of DWR commented: “The Roadshow was very successful and all who attended were excited about the product. I personally found the SHAPE 3D Mapping Software very interesting. Being able to import 3D models from CAD into SHAPE and then visualise your Projection Mapping for masking and alignment before setup is an invaluable tool. I really enjoyed learning from Phil Blue and his training really put forward the foundations of the Hippotizer Software.”