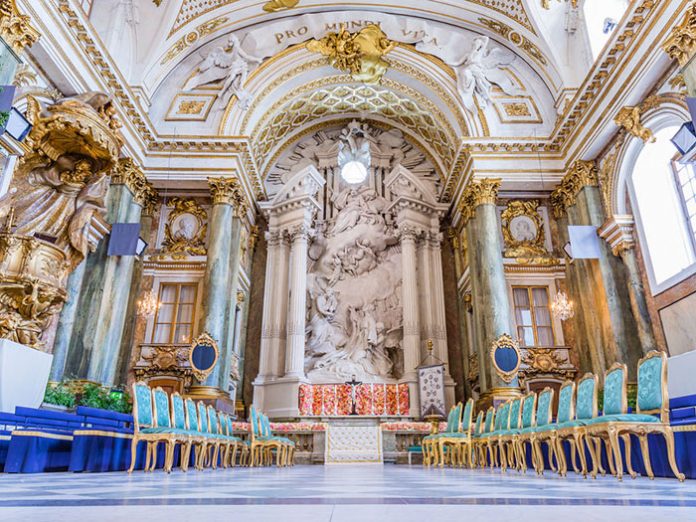 An Allen & Heath’s GLD-80 digital mixing system was installed in the chapel of the Royal Palace of Stockholm in Sweden replacing the incumbent analogue mixer.
The Chapel hosts a weekly mass for the Royal Parish, consisting of members of the Royal family and employees of the Court, as well as a regular music programme featuring organ and classical music concerts. There are also frequent media broadcasts of Royal events, such as baptisms and weddings, at the venue.

“We choose the GLD because of its flexibility. It’s a powerful tool for the experienced mix engineer, but also easy to use by novices. It’s great to be able to lock out inexperienced users from the more integral settings,” explains Christoffer Wetterström, Music Solutions Sweden AB.“Another reason why we choose the GLD was for the MADI option card, which makes it easy to send broadcast feeds to the media during special services and Royal events. With the introduction of GLD, everything has improved!”
The old analogue mixer had few routing possibilities, and equipment had to be hired in for larger events. Renowned audio services company, Music Solutions Sweden AB, was appointed to manage the installation of a new digital system that could handle live sound reinforcement requiring high quality speech and musical intelligibility, as well as live broadcast feeds for TV and radio.
In a standard set up, the GLD-80 handles all the EQ for room acoustics and speaker delays and four wireless microphones plugged straight into the back of the GLD. There are two AB168 remote IO audio racks, which expand the system during events involving live music.
The latest big events where the system was used was for the celebration of King Carl XVI Gustaf’s 70th birthday and the baptism of Prince Oscar.
www.allen-heath.com