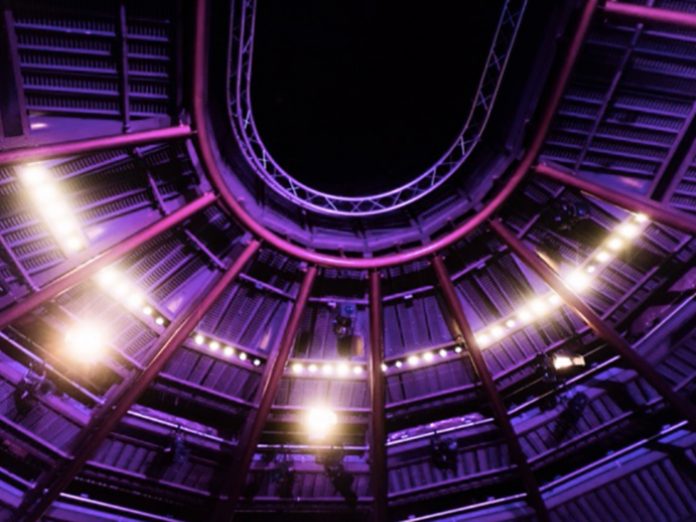 Last year more than 40,000 people attended more than 400 events at The Albany, a performing arts centre in Deptford, South East London and more than 180,000 visitors used the extensive facilities on offer at the centre. As well as four performance spaces, The Albany has a cafe bar and office space, as well as rehearsal and meeting rooms. Its richly diverse programme is centred on family shows, music, theatre and spoken word. This highly progressive arts venue is driven by the creative mix flowing from the cultural diversity of the area. A social enterprise supported by the London Borough of Lewisham and Arts Council England, The Albany earns over 50% of its income and is re-establishing itself as a significant arts venue in the capital. At present, The Albany is home to more than 20 resident theatre and arts groups and is proud to describe itself as an ‘ecovenue’, seeking to continually improve its performance in reducing the impact of its activities on the environment. Recently the venue began to explore a programme of investment and development for the site, which would simultaneously maximise its potential as an outstanding cultural resource and further embed its environmental sustainability.

The Albany wished to dramatically improve the efficiency and sustainability of its working and house lighting. The existing fluorescent working light provision in the theatre was unfit for purpose and the house lights were an inadequate combination of pea lights augmented with fresnels. The new scheme would need to work with different audience configurations, given that the Albany’s varied programme demands end-on, traverse and in-the-round settings. Project manager and Head of Production, Ben Stephen, turned to GDS for help in designing a combined lighting scheme for both working and house lights. Once a workable scheme had been developed, integrators Enlightened were engaged to deliver the solution.

The new scheme comprised a total of 36 x GDS ArcSystem Pro MR16 fittings used for downlights on the ground floor, balcony and staircase and 18 x BluesSystem BlueBeam fittings for ground floor blues. The fluorescent strip working lights in the grid area presented a challenge which GDS was able to overcome by creating a bespoke solution. The gaps created by the removal of the tubes in the grid highlighted a safety problem in the original grid-design where the top of the fixtures was exposed and risked being stepped on by technicians. To overcome this problem (and improve beyond all measure the quality of the light available) GDS mounted 6 x single cell decor fixtures each, onto 16 x bespoke mounting plates, which safely covered the potentially hazardous gaps in the grid whilst simultaneously locating the lamps in the right position.

Ben said: “The results of the house lighting scheme are phenomenal. Working in the theatre is a dream, as it is brighter than it ever used to be and we can run this full workers state for less energy than the old pea lamps used to draw, which incidentally we couldn’t really see by and which had to be replaced about every 200 hours. The mimic of tungsten we’ve achieved with them for everyday states has completely exceeded our expectations and the dimming curves on everything seem to mesh so neatly – such a clean fade up and down. We’re saving time and money and the overall effect is really captivating. We’re delighted that the auditorium has become more of a work of art than it ever was and we’d like to offer particular thanks to Matt Lloyd and Ben Noble of GDS for their part in helping us to successfully realise our ambitions at The Albany.”

Matt Lloyd, Managing Director of GDS commented: “It was great to have been involved in such a fantastic scheme. The Albany defines everything that is brilliant about an action-packed, multi-purpose theatre, rooted strongly in its community. Working closely with The Albany’s team and our friends at Enlightened, we were able to help make the kind of difference that enhances not only the theatre’s aesthetic but also its day to day efficiency. The Albany’s drive towards enhancing its eco-credentials is to be applauded and GDS ArcSystem, as it has done in so many theatre settings, will reduce energy consumption and costs. Every project has its idiosyncrasies and we pride ourselves on our ability to adapt to any situation. Overcoming the problems posed by the grid at The Albany was another satisfying example of a bespoke solution that was achieved without compromise.”

As GDS celebrates its thirteenth year, the award-winning UK manufacturer has become a truly global company, having established an international sales and distribution network in 38 countries. A multiple award winner with six market-leading brands, GDS continues to innovate at the forefront of the entertainment, architectural, television and corporate markets.  From ArcSystem, the original wireless Auditorium LED Lighting System to BluesSystem backstage working lights and from CueSystem cue lights to its Stage Mangers Desk, GDS continues to create innovative, flexible solutions that have found their way from Broadway to the Liverpool Everyman and from The Esplanade Singapore to the Savoy Theatre London.