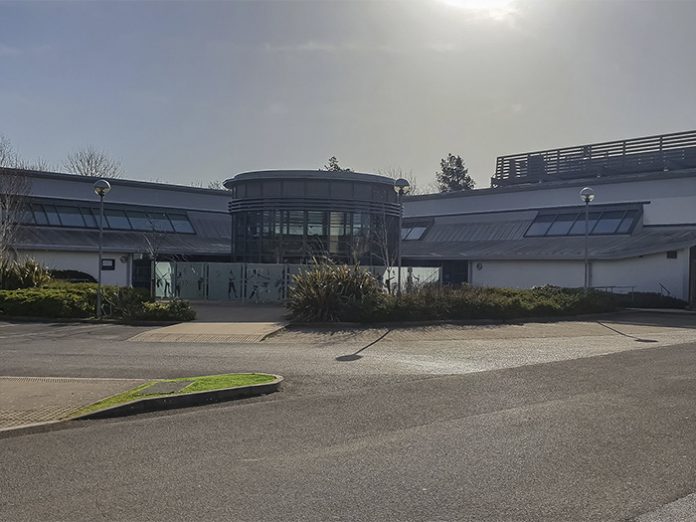 The SPACE is an inspirational theatre training complex for 16-19-year olds at Heathfield Community School, located next door to Tacchi-Morris Arts Centre in Taunton, Somerset, UK.

The SPACE includes an 85-seat performance theatre, dance and drama studios all kitted out to high technical specifications – including new Zero 88 Chilli Pro 24 Bypass dimmers.
This impressive facility offers young people in the south-west of the country unique opportunities for developing future careers in the performing arts. It specialises in a range of interrelated disciplines including dance, acting, film, production arts, makeup, set design / building and more, with an intake of around 80 students over two years.

The SPACE’s technical manager Tom Froom explained that the students from both years will produce between 10 and 12 shows over the course of the academic year.
The standards are extremely high. Within the first four weeks of starting, students are expected to create a show entitled “Ignition”, performed at Tacchi-Morris Arts Centre and the SPACE. Act 1 takes place at the SPACE and is a carousel of dance and acting pieces, Act 2 is an hour-long extract from a musical taking place at the Tacchi-Morris.

Tom has been at The SPACE for three years having started as a student there himself and before undertaking a two-year apprenticeship at Tacchi-Morris and The SPACE. He expresses the importance of having the latest technologies available as part of the learning tools to benefit students.

The new Chilli Pro dimmers have replaced older units – from another manufacturer – which had been in residence for around a decade. They control 120 circuits of lighting. Currently, the lighting rig includes Selecon Rama 150 and Acclaim PC’s, ETC Source Four Zooms and Source Four Juniors plus a lot of PARs all on the LX rig above the 8 x 8 metre stage. The venue also has retractable seating for configuring in different formats.

They sometimes use projectors running from hard power, so the Chilli Pro’s with their ‘bypass’ / hot power functionality – available at the touch of a button – was a perfect solution and a far more flexible system than previously.

Tom engaged with a number of people when they received the green light to look at new dimmers, including Zero 88’s product specialist Edward Smith whom he already knew.
The SPACE had some previous experience of Zero 88 products, so it was among the first brands on the list to look at when the dimmer upgrade was confirmed and it soon transpired that purchasing new Chilli Pros was the best and most economical course of action.

“I’d heard many good things about the Chilli Bypass Pros; they were excellently priced and in fact streets ahead of the other options on a price-to-features ratio,” he stated.

They were installed by Bright Production Services and fit extremely well into the SPACE’s dimmer room which they also make a much quieter environment than previously!
Tom comments that Zero 88’s UK manufacturing facility in Cwmbran, Wales is also relatively close which is reassuring for long-term support, not that they have needed any support on the new dimmers.

Tom and a full-time apprentice oversee the technical production including lighting of all The SPACE shows, assisted by some of the student teams plus other part-time staff.
The adjacent Tacchi-Morris Arts Centre has also just recently purchased a Zero 88 FLX console.