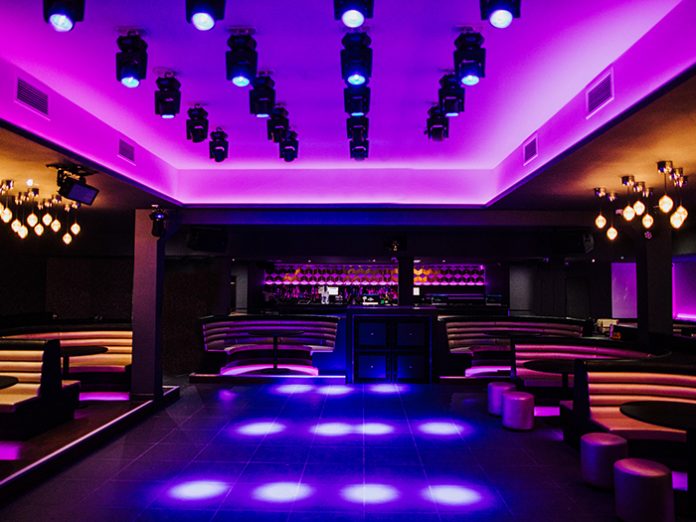 Frequented by familiar faces from hit reality TV show The Only Way is Essex, Faces is a staple of the Southern nightlife scene. Mirroring Ibiza-style parties, the venue became a popular night-spot in the ’90s, operating firstly as a members-only club, which went on to welcome the likes of Pharrell Williams and Lindsay Lohan. Recently, the venue revamped its guest experience with an all-new interior restyle and an audio-visual system designed and installed by West London-based, Middlesex Sound & Lighting (MSL).

13 years since its last refurbishment, club owner, John Clark, was keen to move away from its dated interior. MSL has been involved with the venue since its onset back in 1993, so when the team were approached by John about the upgrade, they were keen to get involved. “We were approached by the club’s Owner, John, to have a meeting and discuss the new layout of the club. We bounced a few ideas off each other and a new concept and design was quickly realised. We were then asked to supply all elements of the venue’s audio-visual systems,” explained Toby Jones, Audio-visual Designer at MSL.

The existing JBL Professional sound system inside Faces had served its time well, and the venue wanted to shift to a new, multi-zone setup with an easy-to-use, touchscreen interfaced system that would have the ability to control both the audio and video source selection. MSL designed the system so that it was split into seven zones, with each having multiple top boxes with subwoofers for the low frequency extension.

In the reception area, MSL installed two KV2 Audio ESD5 two-way loudspeakers and a single ESD1.10 10-inch passive subwoofer. The front audio zones each have four independent ESD25 loudspeakers and a single ESD1.12 subwoofer for low frequency extensions. In the rear seating zone surrounding the dance floor, MSL supplied eight ESD25s, along with two ESD1.12 subwoofers. “We wanted to supply KV2, having used these boxes in other venues. We knew they’d be perfect for the job, and after carrying out a demo live in the venue, John took an instant liking to them,” furthered Toby.

Installed on the main dancefloor are four KV2 Audio ESD12 12-inch two-way top boxes with four single ESD1.18 subwoofers clustered in the middle at the back of the dance floor. The DJ booth is served with two ESD10 two-way loudspeakers and a single ESD1.12 subwoofer for DJ monitoring. “The whole system sounds incredible. There’s so much definition with no distortion – something that KV2 pride themselves on,” said Toby. Multiple Powersoft M Series and K Series amplifiers were also specified for the project, along with existing amplifiers from QSC, including its PLX1202, PLX1602, PLX1804 and PLX2402 products.

The whole system is controlled by one BSS Audio BLU-100 signal processor, two BSS BLU-BOB audio output expanders and one BSS BLU10 programmable wall controller. “We also supplied the venue with new DJ kit comprising one Pioneer Pro Audio DJM 900 NXS2, and two CDJ 2000 NXS2s,” he said. “Pioneer provides the best club equipment and is the most well-known within the DJ community, too.”

The lighting side of the project was to play a major part in the reopening and what the space has to offer to its customers. The brief from the team at the venue was to take the club to the next level and provide an exceptional visual experience for guests, working in conjunction with the club’s multiple four cell video walls.

Toby detailed the technicalities of the lighting: “We installed over 350-metres of LED tape into the ceiling coffers and booths around the venue. Six CHAUVET DJ Intimidator Spot 260 moving heads were installed in the front areas, with 20 Prolights Pixie Beams installed in a grid format above the dancefloor. Six CHAUVET Professional R1X Wash fixtures surround the perimeter of the grid and a single Prolights SunBlast 3000FC strobe and Kvant Burstberry full colour RGB laser add the icing on the cake. All the lighting inside the club is also enhanced by a Look Solutions Unique 2.1 hazer. Lighting control comes from a SHOWCAD lighting server with a large format touchscreen, which we chose for its ease of use.”

The video elements of the club are what brings it into its new era, with MSL installing multiple 55-inch NEC video panels across the whole venue. Split into separate zones, the supply consists of single screens in the reception area, with rear seated areas treated to three 2×2 video wall combinations. A Panasonic 6,500-lumen WUXGA laser projector and a three-metre electronic screen on the dancefloor can also be used for showing large sporting events. “All video switching is controlled via a Wyrestorm eight-way matrix that is controlled by a Soundweb London BLU10 touchscreen interface. Resolume Arena 7 Software provides all graphics and content for the screens and reacts to audio triggers from the sound system, which creates a very dynamic and interactive look,” explained Toby.

With its brand-new audio-visual systems, Faces is ready to welcome back guests old and new after a turbulent year for hospitality. With nightlife previously on hold, the club couldn’t showcase its refurbished systems and brand-new look that foreshadows a new era of the Faces experience. “This was a great project that allowed us to enhance a staple of the Essex nightlife scene with some outstanding audio-visual technology,” concluded Toby. “The feedback from the venue owner and those that have attended the club has been incredible, and we look forward to working on more nightlife projects as business starts to reopen.”