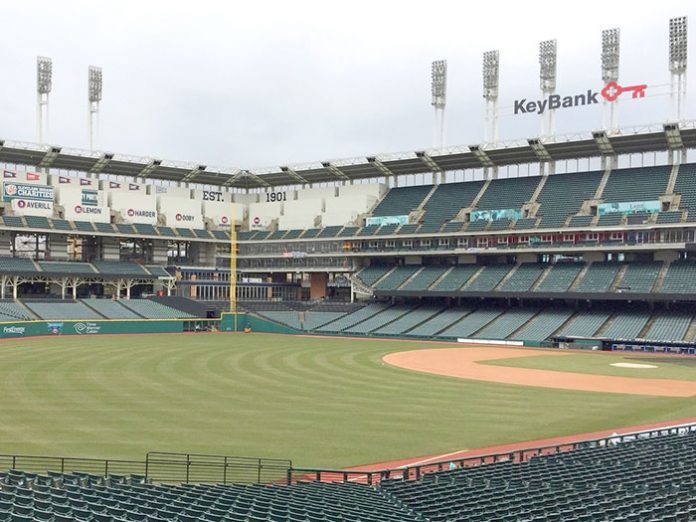 “One of the goals was to use the existing design but install new loudspeakers that would improve the game day experience,” explains Kevin Day, associate principal at WJHW. “EAW’s MQX loudspeakers fit in the same space while utilising new technology that provides much greater output capability. They also go lower in frequency for a more full and contemporary sound with an enclosure size that is smaller than what was there previously.

Day notes that one of the reasons for keeping with the same design was that there were cutouts in the canopy surrounding the upper deck where the previous system was installed. Utilising that space would not only simplify the installation process but eliminate the need to address the aesthetics of that open space as well. “Fortunately, the MQX were a perfect fit – ultimately we didn’t have to make any modifications to the structure. We did, however, specify custom brackets that allowed us to position the clusters for optimum coverage of the seating area”.

The MQX is a custom triaxial three-way loudspeaker that provides maximum output with optimal directivity from a relatively compact enclosure. Fundamentally it has the components from two QX564 built into a custom designed cabinet that uses a 2-cell MF/HF section driven by two of the QX co-axial devices all symmetrically surrounded by eight 12-inch woofers.

The MK2394i features a high performance, 3-inch voice coil, 1.4-inch exit compression driver, loaded with a 90 x 45-degree HF horn. A 3-inch voice coil, 12-inch LF driver complements the HF driver. The result is clean, high-fidelity output at significantly higher levels than would be expected from a loudspeaker of this size.

Once given the green light, the ProMedia team was challenged to assemble and install the system prior to the beginning of the baseball season. Not only was it a tight time frame, but they had to deal with Cleveland’s temperamental winter weather as well.

“When working on a retrofit everything and everyone has to work together,” adds Ted Leamy, Pro Media. “One of the reasons I like to work with EAW is because they not only provide a great product, but they also understand the business side of things. They offer exceptional customer service and go the extra mile to make sure everything is delivered on time – which was particularly important given our schedule”.

Leamy continues, “With Kevin’s design we were able to deliver a modern audience experience to Cleveland Indian fans – something that exceeds their expectations. When all is said and done, that is what the project is all about”.