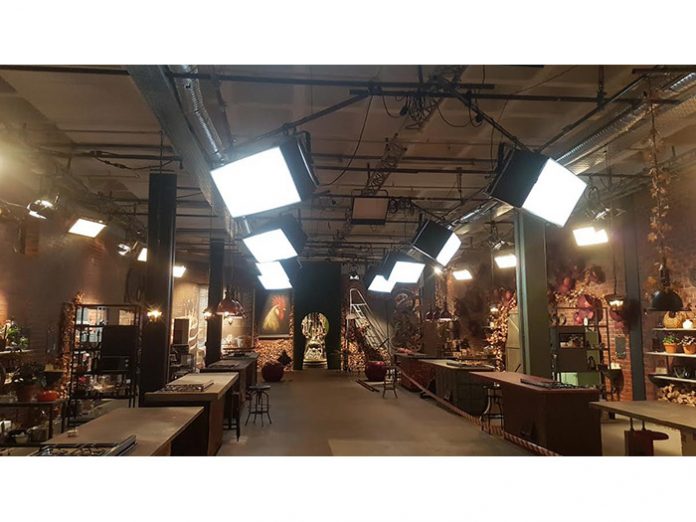 DWR Distribution, as suppliers of Philips Strand in South Africa, is pleased to share local news. Positioned in Milnerton, a picturesque suburb of Cape Town situated on the Atlantic Ocean coast, is Atlantic Film Studios. HBC Broadcast Solutions (Atlantic Studios gear division) have enjoyed recent accolades and have been hard at work on many exciting projects. Part of their success has been attributed to the Philips Strand 300S slimline LED studio softlight panels, designed specifically for TV broadcast lighting. Christopher Gardner is a lighting designer based at Atlantic Film Studios. “We have been using the Strand 300s panels for quite some time now,” he said. “I have some really great stories about the product.”

The 300S is a large LED studio softlight with a very high TLCI rating in excess of 94 and a consistent 5600K and 3100K soft, even, 50 ̊beam output with quiet operation. “Our projects include a full time Soap Opera Suidooster which won viewers soapie of the year award at SAFTAS 2016, a weekly talk show called Kwela, and a documentary/reality show called Hond se Gedagtes (A dog’s thoughts) which we shot high speed shots at 250fps. We were super impressed that no flicker was present at that frame rate!” said Chris.

The diversity of shows recorded at Atlantic Film Studios is widespread, and between September and October this year, there was great hype amongst young South African bakers aged between nine and thirteen for the filming of Koekedoortjie which is currently in production for KykNet “On this show, we designed and built custom soft boxes for the 300S panels,” said Chris.

“We needed to position the key lights really close to the subject and still get a good “wrap around” of soft light.” The outcome of which lead to the creation of an aluminium framed soft box that slides onto the fixture and is held in place by the yolk of the fixture. It transformed an already big source into an amazingly soft texture while holding the punch of the 300s.” The next project included an art shoot which will be displayed at a prestigious museum in Cape Town.

For a location based short movie titled Soldaat (Soldier), Paper Jet Productions, with gear supplied by HBC Broadcast Solutions, walked off with the kykNET Silver Skerm Short Movie of the Year Award. Homebrew Films based at Atlantic Film Studios were the creatives behind a local music video which won kykNET MVP music video of the year award. “When I first worked with the 300s fixture I realised how much potential there is in such a solid and reliable unit,” said Chris. “Rock solid, quick and easy to use its one of those ‘go to’ tools to get the job done efficiently.”