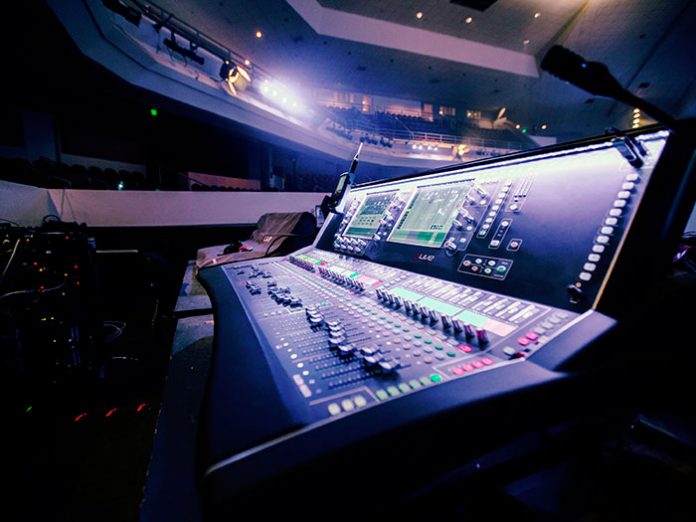 Dream City is a large and growing church with a central campus in Phoenix, Arizona. In 2015, the church added a campus in Scottsdale, Arizona and renovated its 5000-seat Phoenix location. In early 2016, Dream City added a third campus in Glendale, Arizona. As part of its expansion program, the church acquired two Allen & Heath dLive S7000 mixers with DM64 and DM32 MixRacks for its Phoenix location along with twenty ME-1 Personal Mixers and two ME-U Monitor Hubs. The church also acquired a dLive S3000 mixer, DM64 MixRack and ten ME-1s for its Scottsdale location and plans to add another dLive S7000 and DM64 in Glendale this year.

Shawn Smith is Dream City’s Media Director. He says the church previously mixed on a large, analogue setup that had 112 inputs with 24 returns and took up sixteen feet of mix booth space. However, even this high channel count was barely adequate for Dream City’s elaborate holiday pageants, which may use 110 or more audio channels. The church’s previous analogue mixer required several operators for these large productions.

Given these challenges, Dream City wanted a digital mixer with a high channel count. They wanted modern digital features like scenes and layers to simplify mixing their large productions and high-quality, built-in DSP for live services and special effects. They also wanted a mixer that would be easy to learn and operate so that the church’s volunteers could confidently mix normal services.

Clearwing Systems Integration of Phoenix provided Dream City’s new dLive mixers. Clearwing’s Nick Dressler says the church evaluated several digital mixers but chose the dLive because it gave them all of the features and capabilities they wanted in a great sounding mixer that met the church’s budget. Dream City uses one of its dLive S7000s for its weekly services and adds the second for holiday pageants and other large productions. Services at the church’s Phoenix location are mixed on the dLive and broadcast to its Scottsdale and Glendale locations and the church provides internet streaming on its website.

The church’s Systems Engineer Sherman Jerrell says he and the volunteers are learning more about the dLive and using more of its features all the time. They use compression, EQ and reverb on selected voices and gates on drum mics. They save scenes for dramatic presentations and use layers for aux mixes sent to the band’s ME-1 Personal Mixers and for eight additional wireless in-ear mixes for the vocalists. Sherman especially prefers the dLive’s drag-n-drop displays, which make it easy to mix the live auditorium sound while coordinating the broadcast, whilst also hopping on the console and immediately being able to see what is happening.

Dream City’s previous analogue mixer had a good sound quality, but Sherman stated the dLive sounds cleaner and has a lower noise floor with enough headroom to drive it – like an analogue console. He added that the dLive is a versatile, user-friendly mixer. Our volunteers are learning it quickly and even saving their own shows on a thumb drive. And, with this flexibility, if things change in the service, it can be adapted quickly with the drag-n-drop displays.