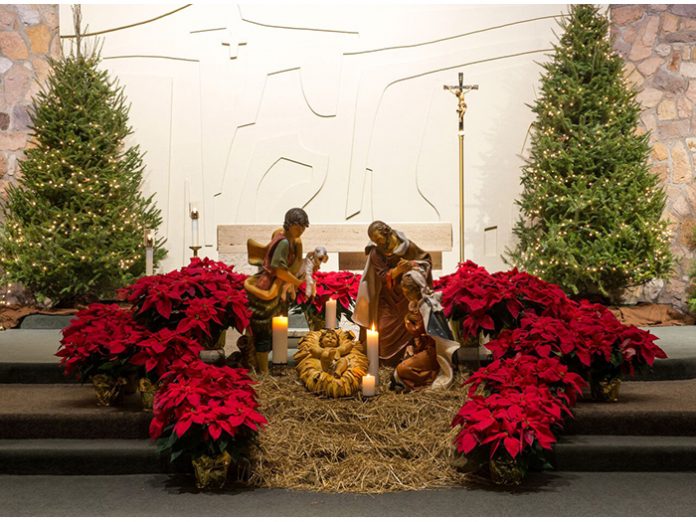 “We used DPA on several political projects last year and I was excited to see how it would work in this setting,” said John. “We tried a couple of different microphones at the podium and as expected, DPA worked best.” The d:screet SC4098’s capsule’s uniform off-axis response made it ideal for John’s audio needs while the company’s Microphone Base worked incredibly well for the marble podium. John also needed to extend the microphones’ gooseneck in order to address the additional height requirements of the mic, so that it wouldn’t be blocked or affected by placing a thick book on the lectern. At the same time, the microphone needed to remain rigid without wobbling, bending or being moved over time.

John was able to achieve this unique requirement by creating a custom sleeve for over the DPA gooseneck. “We found a supplier and fabricated a six-inch piece of stainless steel that slides right over the gooseneck,” added John. “This sleeve provides the strength and support needed, allowing it to work. With a bit of the gooseneck revealed at the top, we are able to turn the mic toward the speaker. We painted the stainless and it not only looks great, but with the DPA capsule it sounds flawless.”

Designed to be placed on a table or podium, or attached to the ceiling or even the wall, the Microphone Base is available in two colours — black and white — and comes with either a MicroDot connector, an XLR connector, or unterminated leads for connections to Phoenix blocks. The DPA Microphones’ d:screet capsule is mounted on a sleek boom that, for the table top version, has a gooseneck at the top and the bottom, allowing users to position the mic exactly where they want it. The ceiling version consists of one gooseneck. In both versions, the cable can exit to the side of, or beneath the unit.