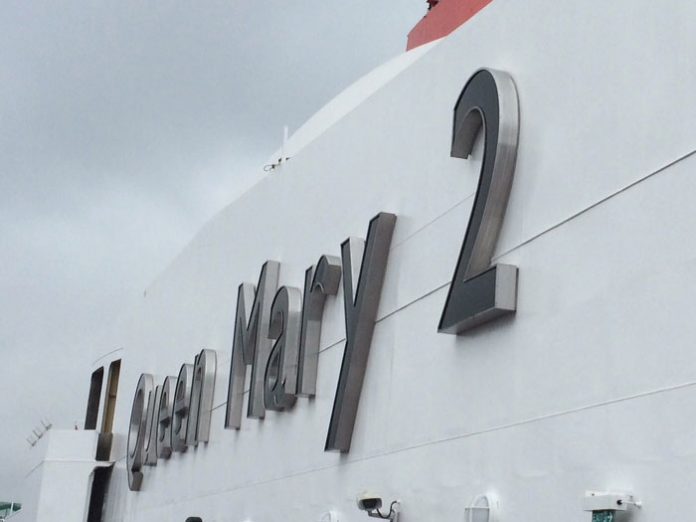 On Thursday, June 23, the Queen Mary 2 returned to Southampton. Over the course of the luxury liner’s refit, the interior and exterior had been fully transformed, offering those who step on board a first class experience at sea, where guests are treated to the very best in accommodation, dining and entertainment.

As part of the grand refurbishment, multi award-winning piano dealership Chris Venables Pianos, was contracted to supply a premium handcrafted Yamaha CF6 recital grand piano for one of the entertainment spaces.

Will Venables, partner at the company, which is based in Ringwood, Hampshire, explained further about the supply: “The new piano was not only a much better instrument than their existing model, but also significantly bigger in size. This might not sound like much of a problem, but when you realise that the piano has to fit under the stage, then the challenge becomes apparent.

Having considered various ways of addressing the issue, Will contacted Dan Phillips at Doughty Engineering, who was able to come up with a suitable solution.

Dan stated the following: “The ship boasts a modular moving stage – the orchestra pit is on a riser which can be lowered to allow for under stage storage and for the piano to be wheeled across. The problem faced by Chris Venables Pianos was that the lift was going to chop the piano in half and so the piano had to be repositioned. However, in the correct position the instrument’s back leg was not supported by the storage platform. Having looked at the best way to overcome this, we designed an extension to the platform.”

Dan continued: “Chris approached us and we started discussing the possibility of a variant of our Easydeck staging units. The dimensions would need to be customised to suit the application, and as we considered the requirements we realised something more bespoke would be required.”

Dan appreciated that the point load applied to the frame would be quite significant, and given the element of the unknown in terms of what other forces might be applied in rough seas, Doughty erred on the side of over-engineering .Dan increased the sizes and gauge of the box section and added a steel lip so the piano would not accidentally roll over the edge.

Given the mobile nature of a cruise ship, and with the ship’s next cruise imminent, the window to fit the stage extension was small, and so all possible snags or eventualities had to be considered. The biggest potential problem was that the floor around the stage might not be dead level, causing the stage extension to be misaligned to the main stage.

Will Venables concluded: “Thanks to Dan and the Doughty team, the Queen Mary 2 now has a top of the range piano installed discreetly and safely. The challenge posed by this particular project doesn’t arise too frequently, but we wouldn’t hesitate to contact Doughty again if we are faced with a difficult installation. To have this level of expertise virtually on our doorstep is a godsend!”