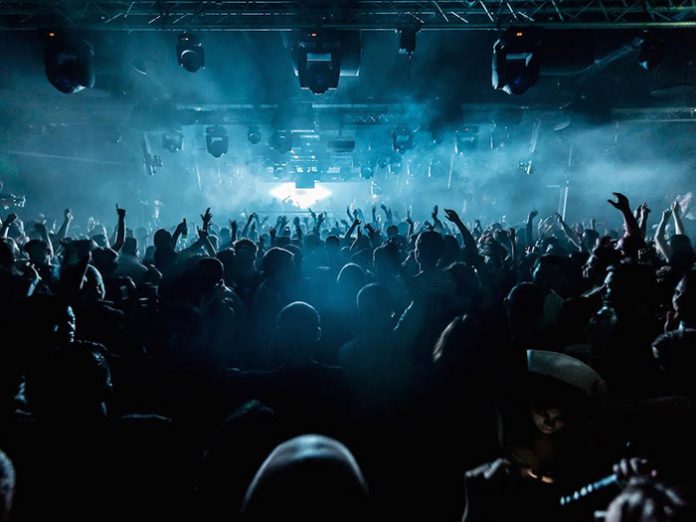 Dolby Laboratories, and Ministry of Sound have announced a collaboration to bring Dolby Atmos sound technology to dance music.

The Dolby Atmos residency at the world famous Ministry of Sound nightclub in London will launch on 23 January, 2016 with Hospital Records, the first in a series of special events with a lineup of top electronic artists who will transform their music into a multidimensional, immersive sound experience with Dolby Atmos.

To support these events, Dolby will outfit the venue with its exclusive Dolby Atmos sound system, which combines Dolby Atmos audio processing technology with a network of additional speakers designed to complement the club’s existing setup.

With more than 60 speakers, 22 channels, and a bespoke lighting environment that takes advantage of complementary synchronised lighting cues generated from music mixed in Dolby Atmos. Ministry of Sound will immerse visitors in an unparalleled music experience, delivered through rich, mind-blowing soundscapes.

“We are excited to enable Ministry of Sound, one of the world’s most-renowned nightclubs, with our spectacular Dolby Atmos audio technology,” said Bob Borchers, Chief Marketing Officer and Senior Vice President, Dolby Laboratories. “We have seen how Dolby Atmos transforms the cinema and home-theatre, and we are confident that it will leave a lasting impact on the music industry, making live music and clubbing more engaging and immersive.”

“The sound system in The Box, the main room at Ministry of Sound, is the best in any nightclub anywhere in the world,” said Lohan Presencer, CEO, Ministry of Sound. “For our 25th anniversary next year, we wanted to raise the bar even higher. Dolby Atmos allows our patrons to experience the future of dance music, creating multidimensional soundscapes the likes of which have never been heard before in a nightclub environment. It’s simply breathtaking.”

Dolby Atmos is changing the way music is heard, blowing away stereo with music that moves, soundscapes that electrify, and artists making music that gives listeners a more immersive music experience.

The partnership sees one of the biggest innovations in club sound to date, allowing music to be mixed in a third dimension and enabling artists to unleash sound never heard before. Not only will guests hear the music in unprecedented quality, they will become a part of the movement, immersed in the soundscape as the sounds are strategically placed and moved through the room.

The Dolby Atmos residency kicks off on Saturday, 23 January, with London Elektricity, Reso, and TC in The Box, performing specially crafted DJ sets in Dolby Atmos.

“We often get asked to be involved in new technology at Hospital Records, but when the call comes from Dolby, you pay attention. For me, Dolby IS cassette recorders from my childhood, it IS cinema audio, and Dolby is peerless in the audio world,” said Tony Colman of London Elektricity.

“So when Dolby called and said, Would you like to put on an event in our brand-new club surround sound format, and would you play a three-hour set? I naturally got rather excited,” Tony continued. “The next day, we were in Dolby’s demo cinema in Soho Square listening to the most amazing thing – drum and bass mixed in moving surround sound. How did it sound? How did it feel? My mind was blown. All I can think about is what I’m going to play, which tracks would sound best in 22-channel surround, and how to mix them. This is the start of a truly new experience in club audio. Bring on next year, and bring on a night like you’ve never heard before,” continued Tony.

The Ministry of Sound Dolby Atmos events will continue throughout 2016 with a series of shows presented by a range of top labels and artists.

“About three years ago, I had wanted to release an album in 3D surround sound but there wasn’t a technology offering that could support my forward thinking vision for my music at the time. Fast forward three years and I can now mix my music in Dolby Atmos, a sound technology that not only give me creative control of the individual sound elements of my track and let me place those sounds anywhere in a room, but also gives my listeners a fuller, more immersive and exciting experience as a result,” said Yousef. “It is exciting to me that Dolby has invested the time and effort into making a user friendly interface while allowing me to perform how I have always imagined for my fans.”

“For decades, music has been living in Stereoland. It’s about time we catch up with technology and let ourselves evolve,” said Flux Pavilion. “With Dolby Atmos, I have new tools to push the limits of my creativity and create music that my fans can connect with in a new dimension. Dolby Atmos sounds like the future of live music.”

“I’m really excited to be working on some amazing projects with Dolby involving their new Dolby Atmos sound technology,” said BT. “We are doing some interesting things together on the recorded and live music front that will really push what’s possible with immersive live sound.”