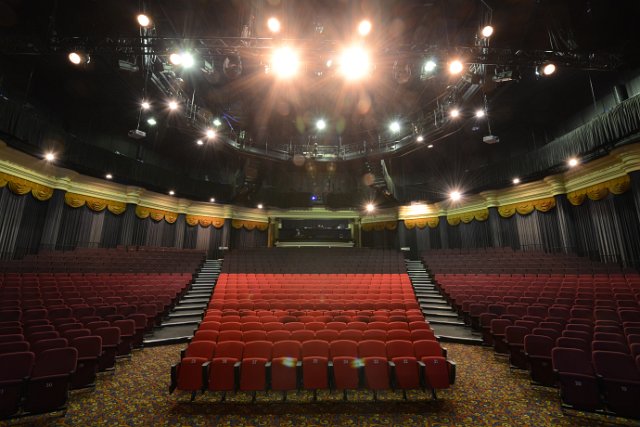 In 13BC, Julius Caesar Augustus built the original Theatre of Marcellus as an open-air theatre where locals and visitors alike were able to watch breath-taking performances of drama and song. The theatre was the largest and most important theatre in Ancient Rome and was an impressive example of what was to become one of the most pervasive urban architectural forms of the Roman world.

Johannesburg’s modern-day version is no less impressive with a thousand theatregoers enjoying show-stopping entertainment in the 17-tiered auditorium of which boasts lavish seating and exceptional site lines. The theatre recently underwent a $6 million transformation which included a new audio system of which the SD9 is a major part.

“This is an exciting upgrade,” says DWR’s Jaco Beukes as, “It allows the theatre to access 48 Mic/Line inputs, 16 Line outputs and eight AES outputs on stage. At FOH, engineers have access to 40 local Mic/Line inputs, four AES inputs, four AES outputs and 16 Line outputs. Recording and playback is a breeze with the DiGiCo UB MADI in place, allowing anyone to record and playback up to 48 channels. To top off this amazing system, they also have access to Waves plug-ins which is built into the console with the SoundGrid Server One handling all the processing.”

Ken Crossley, the contracted in-house engineer at The Theatre of Marcellus, says he has always been a fan of the DiGiCo brand. “I particularly enjoy the flow of the desk,” he says. “And having an analogue background, it has been quick and easy for me to find my way around the console.”

More often than not, engineers find that there simply is not enough time to have to search for the things on a console. With DiGiCo, Ken has found that everything he needs is at his fingertips and exactly where he would expect to find it. Should anything feel slightly too far, he simply creates a macro to bring it closer. The venue currently run monitors from FOH and this makes it even more critical to work on a desk that is laid out logically with an effective and fast workflow. As a result, Ken has been very happy to run each show on the SD9.

“To ensure we continued with the original spirit of this theatre, the DiGiCo SD9 was the obvious choice,” says Robert Wilkie, the Theatre’s Technical Manager. “The decision was based on the ongoing support we received from DWR and because DiGiCo is so versatile, powerful and one of the most popular desks amongst top audio engineers worldwide.”

“The significant renovations of recent times in the audio department guarantees that this world-class theatre will remain one of Gauteng’s finest for years to come,” concludes DWR’s Kyle Robson. “Well done Emperors Palace, we are looking forward to many more spectacular shows.”