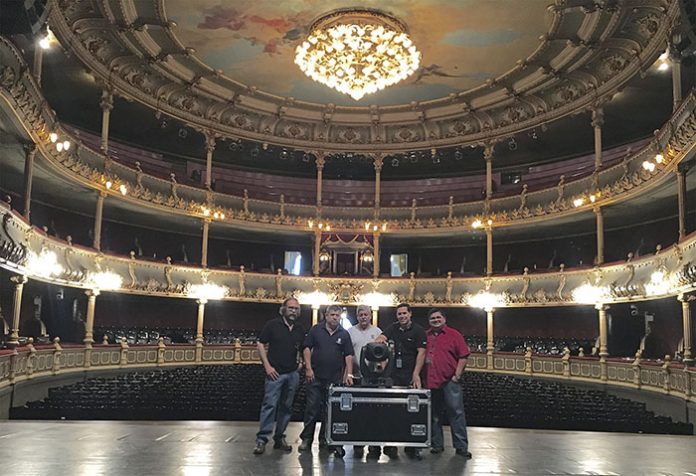 The theatre is both a producing and a receiving house that stages at least three shows a week. Wanting the best quality LED moving light product, they started looking at Robe’s DL range, developed specifically for theatre and performance applications.

The deal was organised by Claudio Schifanni, Technical Director at Teatro Nacional de Costa Rica, allowing for eight Robe moving lights to be dispatched from San Jose based Robe Distributor, Mas Musica, to the theatre. This crucial deal shows a strong commitment from Costa Rica’s most important theatre to embrace some of the best LED lighting technologies on the market. Claudio looked at other options, but following a shoot-out and due to the increasing international recognition and profile of Robe he decided that the brand and the DL product line were the best option to meet the many demands of visiting productions, and also to meet their own standards of technical excellence.

Adoption of LED fixtures in installations and theatre are still in its early stages in Latin America, comments Robe’s regional sales manager for Latam, Guillermo Traverso, however after five minutes of the DL range product demo he noticed people really starting to see that they have the best of both worlds “The quality is there, plus all the main features of a conventional source are present in the LED fixture”.

Overall, the deal between Robe and Teatro Nacional de Costa Rica has been a major success, with the theatre’s house crew loving the dynamics of all the fixtures. This is seen  through the colour range and just how well the DLSs can emulate tungsten characteristics – a feature that Robe has spent considerable effort in fine-tuning.