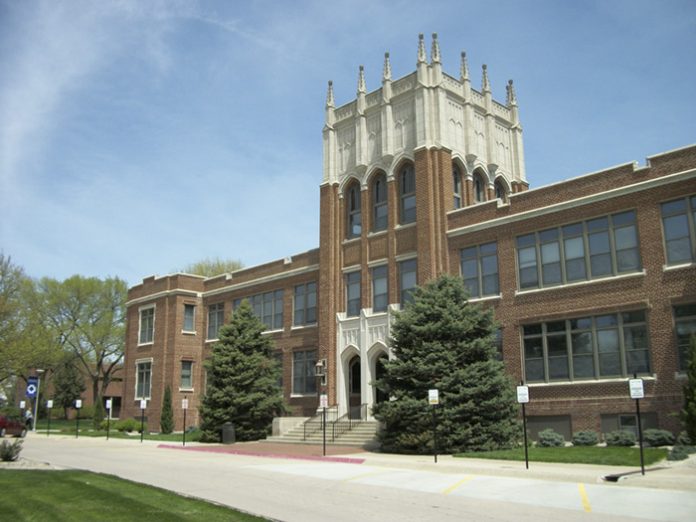 The Concordia University in Nebraska, operated by The Lutheran Church-Missouri Synod, is now a fully accredited, coeducational university with more than 2,700 students.

The chapel suffered from an outdated sound system and for the past five years relied on a temporary, portable system comprising of two subwoofers and two full-range tops on sticks.

This system was underpowered and detracted from the room’s aesthetics. To address this issue, the university hired multimedia production and AV systems integration firm, Inspirmedia Productions, that designed and installed a new sound system based on Professional Renkus-Heinz ICONYX Gen5 loudspeakers.

Inspirmedia Executive Director Phil Grimpo commented: “We’ve done several churches with ICONYX, including the Lutheran church across the street from Weller, so the university was able to hear them and know what they were getting.”

Phil commented: “Ben was a bit worried that the IC8-RNs were not going to be enough for that room if they put a band in. We normally would use IC Live for that. But the IC8-RNs gave us levels in the mid-90 dB range, and in that room, they’re plenty loud, and the clarity is excellent.

“With the balcony overhanging on the right side where the organ is, we didn’t have a lot of good places to mount speakers that would be downstage of the stage lip but upstage of where the front row seats are, and where we could get the speakers high enough.

“That was a bit difficult. But we were able to mount the ICONYX IC8-RNs at about six ft, and thanks to Renkus-Heinz’ beam steering, they cover everything except up in the balcony at the back of the room.

“As a result, we did not need delay speakers under the balcony, which they used in the old system. With just two IC8-RNs and the subwoofers, we’re within 2 dB from the front of the room all the way to the back, including the seating under the balcony.”

Sub-lows are handled by two Professional Renkus-Heinz PN212-SUB self-powered subwoofers, each feature two ultra-heavy-duty 12-inch woofers. The subwoofers are located on the floor, on either side of the stage.

The system doesn’t employ a third-party DSP unit, relying on the loudspeakers’ onboard DSP and Professional Renkus-Heinz RHAON II System Manager software. Phil concluded: “The Renkus-Heinz speakers were really easy to install. We got in there at 12:30 pm, and the university had a practice in the space that started at 4. We were done by 3:30; in just three hours, we hung and wired two IC8-RN speakers and installed the PN212-SUB subwoofers. The next day we came back and tuned.

“Renkus-Heinz IC8-RNs are a good fit for this room. When I crank the system up, I think they would not want it any louder than this. The system sounds great, and the university is very happy.”