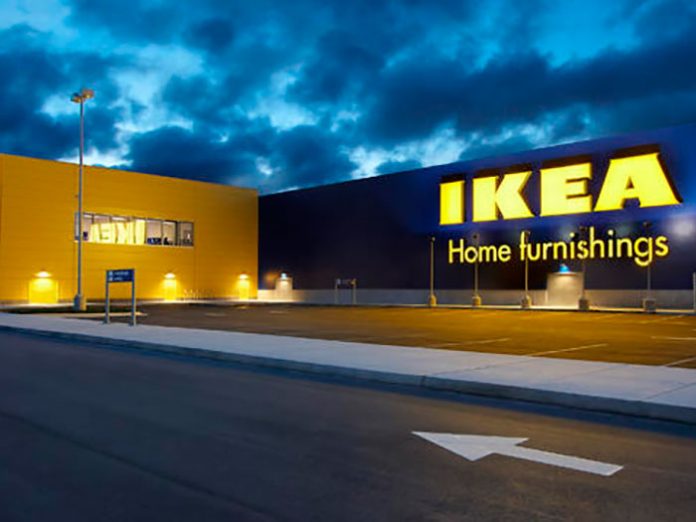 The landmark stores of leading home furnishings retailer IKEA are located in more than 50 countries worldwide. In Canada, IKEA has 12 stores which are visited by over 25 million people every year. The company has just completed a new Distribution Centre warehouse in Mississauga, Ontario to fulfill customer orders from its four Toronto area stores as well as e-commerce purchases.
At 397,000 square feet, the Distribution Centre presented an interesting acoustic challenge for the paging system, which covers both warehousing and offices. Now complete, the system was designed by Don Friesen of Stantec and installed by Genesis Integration.
Stantec chose Community R SERIES to meet its criteria for a robust loudspeaker that could be implemented both indoors and out, providing high intelligibility and well controlled dispersion. A total of ninety-four Community R.25-94TZ loudspeakers were designated for optimum coverage. A Mackenzie MiniMac was specified for digital voice recordings, and Lab.gruppen amplifiers were used to power the loudspeakers. Genesis decided that a Biamp TesiraFORTÉ VI with EX-OUT expanders would be the best choice for the management of all signals, as well as TrippLite for UPS backup.
Steve Eckensweiler, Genesis Integration’s Technical Account Manager, commented, “Acoustics in this space were definitely a challenge. With the loudspeakers 30-feet up in the air and row after row of racking, the placement of the loudspeakers was critical. Through re-evaluation, in partnership with Don, we achieved even coverage in the warehouse area. Combining good design and the best product for the application, I’m confident we achieved a system that fully meets its purpose.”