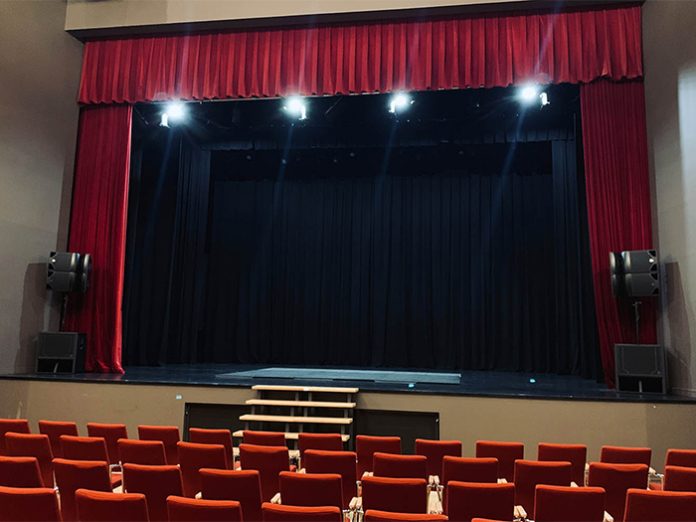 The Adazi Cultural Centre is a modern and popular institution that serves numerous community functions with events such as concerts, exhibitions, conferences and many other educational experiences. Not only do residents of the region love the Adazi Cultural Centre, it’s also highly valued by Latvian pro audio industry professionals, popular musicians and concert producers. The building was commissioned in 2010, unfortunately, the sound system originally installed in the 400-seat hall was outdated and could not provide the necessary sound coverage across the hall or up in the balcony area. Enter Clair Brothers.

Maris Vitols, head of the Adazi Cultural Centre technical department, knew an upgrade was needed and began gathering vital information about high-quality, modern sound system solutions that would meet modern expectations and deliver the kind of sound the cultural centre could be proud of. Vitols emphasized the need to replace the current twelve-speaker acoustic system with a more compact system that, when necessary, could be relocated to another room or utilized in an open-air stage setting. His search led him directly to SGS Sistemas, the Clair Brothers distributor in the region. SGS Sistemas was tasked with solving the uneven sound coverage of the existing sound system while making certain to provide high-resolution sound. Guntars Bluss, technical support at SGS Sistemas, wasted no time suggesting the kiTCurve12+ as the perfect sound system for this specific room.

Before the final decision was made, Vitols requested a demo version of the kiTCurve acoustic system, developed by SGS Sistemas, be installed in the hall of Adazi Cultural Centre, where it was tested during several live events and passed with flying colours. The new system is much more compact than the original, consisting of just four Clair Brothers kiTCurve12+s and two kiT-Subs. Each speaker has a built-in power amplifier which allows them to be easily moved and used separately.

Vitols expressed their satisfaction: “We’re very happy with the results. Now we can finally work efficiently, with the highest level of sound quality, using this compact Clair Brothers sound system tailored just for our premises and our needs.”